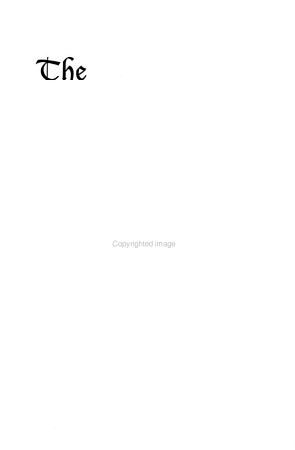 
The figure of the medieval cook revealed, in the context of time and circumstance. 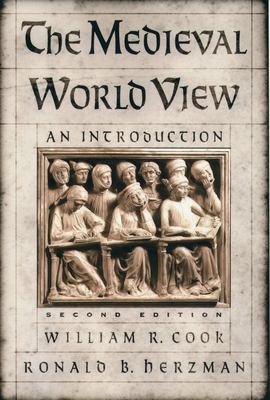 
This text presents the presuppositions of medieval society by integrating brief selections from primary texts and photographs into a narrative of the medieval world and its foundations. It encompasses classical and biblical antecedents of medieval culture, the Early and High Middle Ages and beyond.


The Medieval World View, Third Edition, presents the presuppositions of medieval society in a systematic fashion by integrating brief, self-contained selections from primary texts and carefully captioned photographs into a narrative of the medieval world and its foundations. 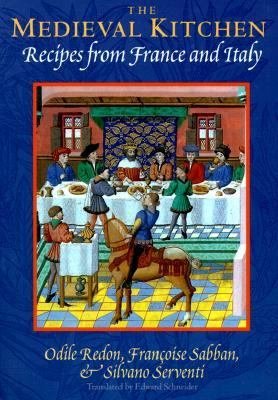 
Reconstructed from fourteenth- and fifteenth-century sources, presents recipes from the cuisine of the Middle Ages, along with an explanation of the history and tradition of authentic medieval cooking. 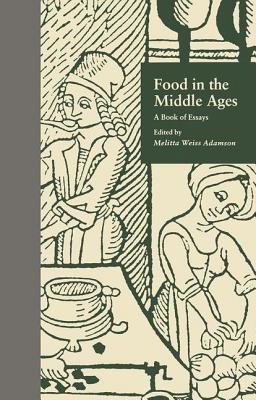 
First Published in 1995. Routledge is an imprint of Taylor & Francis, an informa company. 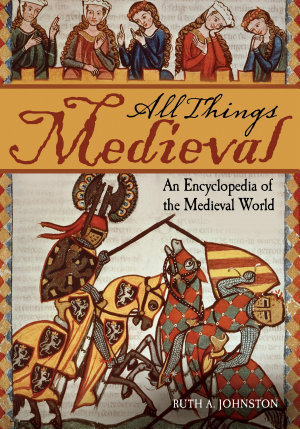 
This insightful survey of the "things" of medieval Europe allows modern readers to understand what they looked like, what they were made of, how they were created, and how they were used. • Provides information on a comprehensive range of topics from agriculture to zoos, and also includes books, castles, minstrels, clothing and universities • Provides bibliographic lists of suggested reading following each entry, with a full bibliography at the end • Appropriate for both high school and lower-level undergraduate students 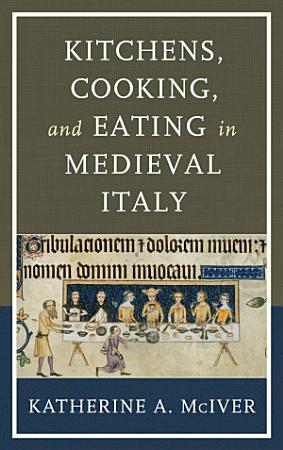 
The modern twenty-first century kitchen has an array of time saving equipment for preparing a meal: a state of the art stove and refrigerator, a microwave oven, a food processor, a blender and a variety of topnotch pots, pans and utensils. We take so much for granted as we prepare the modern meal – not just in terms of equipment, but also the ingredients, without needing to worry about availability or seasonality. We cook with gas or electricity – at the turn of the switch we have instant heat. But it wasn’t always so. Just step back a few centuries to say the 1300s and we’d find quite a different kitchen, if there was one at all. We might only have a fireplace in the main living space of a small cottage. If we were lucky enough to have a kitchen, the majority of the cooking would be done over an open hearth, we’d build a fire of wood or coal and move a cauldron over the fire to prepare a stew or soup. A drink might be heated or kept warm in a long-handled saucepan, set on its own trivet beside the fire. Food could be fried in a pan, grilled on a gridiron, or turned on a spit. We might put together a small improvised oven for baking. Regulating the heat of the open flame was a demanding task. Cooking on an open hearth was an all-embracing way of life and most upscale kitchens had more than one fireplace with chimneys for ventilation. One fireplace was kept burning at a low, steady heat at all times for simmering or boiling water and the others used for grilling on a spit over glowing, radiant embers. This is quite a different situation than in our modern era – unless we were out camping and cooking over an open fire. In this book Katherine McIver explores the medieval kitchen from its location and layout (like Francesco Datini of Prato two kitchens), to its equipment (the hearth, the fuels, vessels and implements) and how they were used, to who did the cooking (man or woman) and who helped. We’ll look at the variety of ingredients (spices, herbs, meats, fruits, vegetables), food preservation and production (salted fish, cured meats, cheese making) and look through recipes, cookbooks and gastronomic texts to complete the picture of cooking in the medieval kitchen. Along the way, she looks at illustrations like the miniatures from the Tacuinum Sanitatis (a medieval health handbook), as well as paintings and engravings, to give us an idea of the workings of a medieval kitchen including hearth cooking, the equipment used, how cheese was made, harvesting ingredients, among other things. She explores medieval cookbooks such works as Anonimo Veneziano, Libro per cuoco (fourtheenth century), Anonimo Toscano, Libro della cucina (fourteenth century), Anonimo Napoletano (end of thirteenth/early fourteenth century), Liber de coquina, Anonimo Medidonale, Due libri di cucina (fourteenth century), Magninus Mediolanensis (Maino de’ Maineri), Opusculum de saporibus (fourteenth century), Johannes Bockenheim, Il registro di cucina (fifteenth century), Maestro Martino’s Il Libro de arte coquinaria (fifteenth century) and Bartolomeo Sacchi, called Platina’s On Right Pleasure and Good Health (1470). This is the story of the medieval kitchen and its operation from the thirteenth-century until the late fifteenth-century. 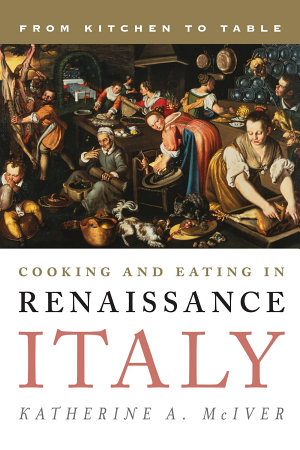 
Renaissance Italy’s art, literature, and culture continue to fascinate. The domestic life has been examined more in recent years, and this book reveals the preparation, eating, and the sociability of dining in Renaissance Italy. It takes readers behind the scenes to the Renaissance kitchen and dining room, where everyday meals as well as lavish banquets were prepared and consumed. Katherine McIver considers the design, equipment, and location of the kitchen and food prep and storage rooms in both middle-class homes and grand country estates. The diner’s room, the orchestration of dining, and the theatrical experience of dining are detailed as well, all in the context of the renowned food and architectural scholars of the day. 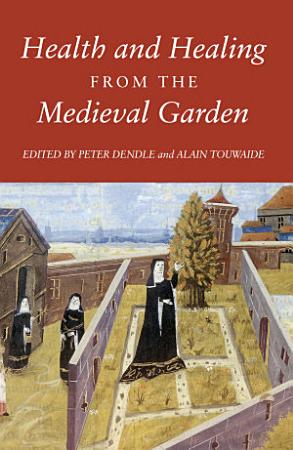 
Fresh examinations of the role of medicinal plants in medieval thought and practice and how they contributed to broader ideas concerning the body, religion and identity.


A colourful cookbook with a selection of eighty recipes drawn from medieval sources and adapted for the modern cook. Extensively illustrated with scenes from medieval life, the dishes reflect the food eaten by many branches of society. An introduction describes contemporary eating habits and customs for the clergy and large households, whilst the book ends with a section on medicinal herbs and medicines. 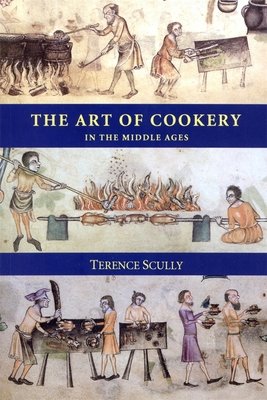 
The medieval kitchen revealed; facilities, seasonal foods, strictures of the church, and the interweaving of foodstuffs with medical theory. 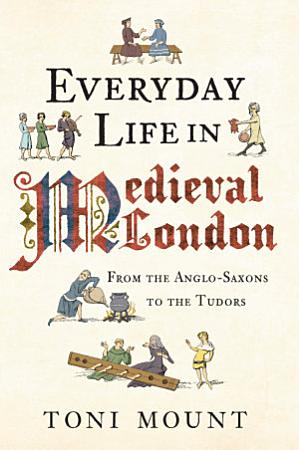 
Step back in time to medieval London to find out about the lives of those working and living there.