1 Read eBook for: the jewel and the sword [PDF] 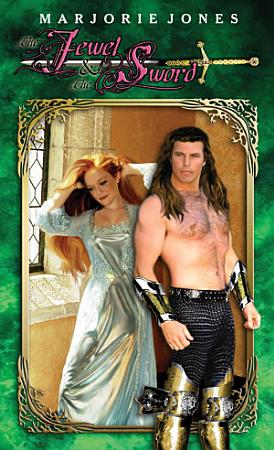 
Anna Louise Lucia brings you Night Owl Romance best suspense/mystery romance–nominated Run Among Thorns and the sequel, Dangerous Lies. Run Among Thorns In a crisis moment, Jenny Waring did something exceptional. Now the authorities want to know how and why she killed three armed men. Kier McAllister’s job is to break Jenny Waring to find out how she could take out the bad guys like a seasoned agent. McAllister thinks he’s in control, but the balance of power is shifting. It’s not his job to care about how he achieves his goal. Yet Jenny’s accusing eyes are starting to hold the whole world for him, and that isn’t good at all. Not when the people he works for aren’t about to leave her alone. She started out being his job. Will she wind up being his redemption? Dangerous Lies In the fatal heat of the Sahara Desert, Alan Waring extracts a smart card from a laptop held in the hands of a baked corpse. What was once just a job turns into a life-altering experience that brings him in touch with his inner spirit and a woman, Mari Forster, who reaches into his very soul. Mari has always dreamed of visiting Morocco. Grieving over the death of her father, she visits a dilapidated home once owned by her grandfather. She doesn’t anticipate meeting a handsome man, Alan, who brings joy back into her life. Nor does she realize her chance interlude is with an undercover agent. When Mari accidentally walks off with his bag and the precious data it contains, Alan must pursue this vulnerable woman into the dangerous clutches of the Algerian enemy to save his career and to protect the passion of his heart. 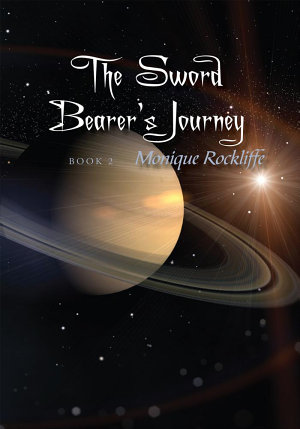 
The arch demon, Drakoor set, is furious: the Sword Bearer has escaped him again! KC and her family fl ee to Verai, to her uncle, Korin Beloruuis, the leader of the Alliance of Territories, the only opposition to Drakoors massive forces. Khyl desperately fi ghts another battle one of his brothers twisted mind while serving beside him in disguise. With all of Nvarda at stake, KC uses her considerable skills and talents to fi ght a war she hopes she can win, but the fury of the demon is a nightmare she faces every time she closes her eyes to sleep. He approaches! 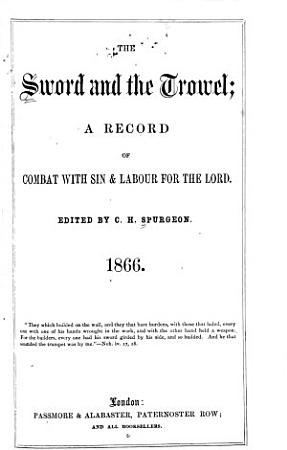 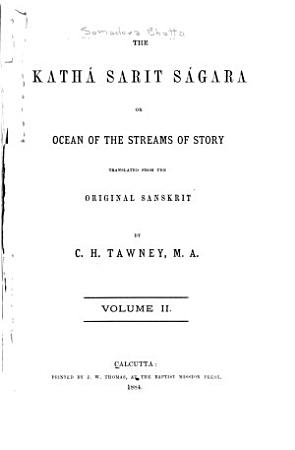 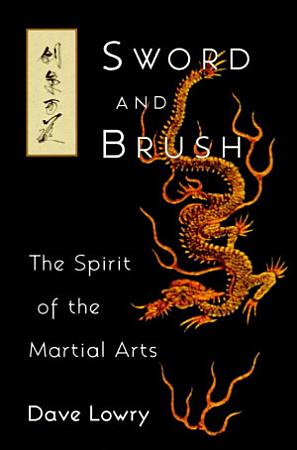 
This moment of perfect clarity that is the force behind all the traditional Japanese arts—from archery to flower arranging—is celebrated here in Dave Lowry's exploration of the common principles shared by calligraphy and the martial arts. Forty-two examples of Lowry's calligraphy, accompanied by his essays, show how the way of the brush reflects the strategic principles of the way of the sword. Each calligraphy represents a term from the martial arts—such as do, the way, or wa, harmony. The accompanying text amplifies our understanding of the term, what it meant to Japanese warriors, and what it means to practitioners of calligraphy and the martial arts today. What becomes clear is that these two seemingly unrelated disciplines actually partake of the same profound elemental spirit. 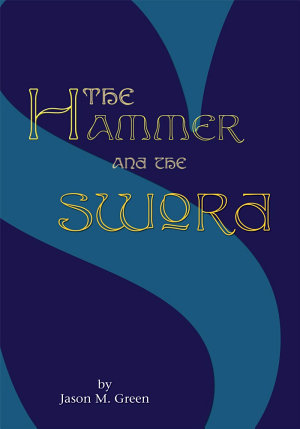 
In the city of Malifestron, a young blacksmith named Tannis Vahrin is framed for attempting to murder the wife of King Malifesh, and is made an unwilling pawn in a plot the king’s advisor, a man named Anstrom, first set into motion nearly two decades in the past. After a twist of fate allows him to escape his imprisonment accompanied by a fellow prisoner, a foreigner named Alqim, he meets a mercenary called Krow, who convinces him to help lead an army being raised by the king’s nephew, in exchange for helping him to escape the city. Tannis agrees in the hopes of clearing his name, and takes the first of many steps on the path to becoming a warrior. The three of them face many obstacles, as they recruit people from Krow’s past who might be capable of helping to lead, and they encounter battle and betrayal along the way. Then when they finally reach their destination, Tannis meets one of Anstrom’s former pawns who tells him of his true origins, and he must contend with learning that much of what he believed about his life was a lie. After coping with what he has just learned, Tannis emerges stronger and more determined to lead the army to victory over the oppressive forces gathered by Anstrom. 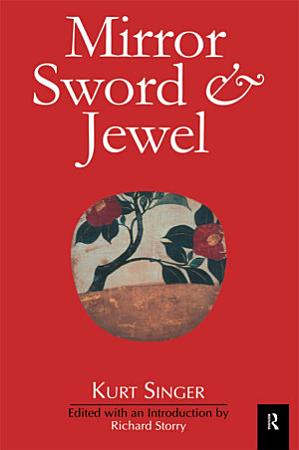 
Edited with an Introduction by Richard Storry. First published over 20 years ago and long out of print, this is a unique interpretation of the essence of Japanese society and individual psychology. 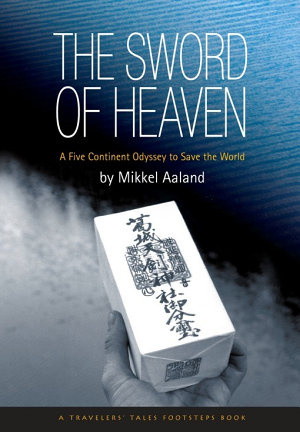 
“Any attempt at peace must be attended by a knowledge of self,” discovers writer and photographer Mikkel Aaland, who grew up with a bomb shelter for a bedroom, in terror of nuclear war. At the height of the Cold War, Aaland finds himself drawn into a mysterious Shinto priest’s plan to save the world. Traveling from Norway to the Philippines, Iceland to South Africa, he places pieces of a sacred Shinto sword in key power spots around the world. Along the way, he comes face to face with his deepest childhood fears of war and destruction, encounters the compelling and mysterious Shinto religion, struggles with the uncertainties of love, and learns to face life with an open heart. The Sword of Heaven tells the extraordinary true story of a journey in which all boundaries are pushed—geographical, cultural, and personal—and in which the healing of the world and the healing of one man appear to be inextricably linked. 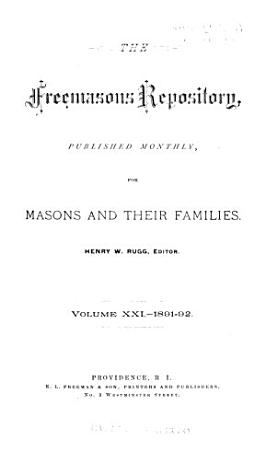 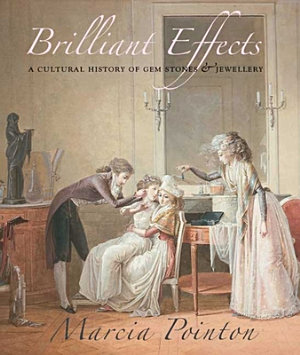 
Pointon examines how small-scale and valuable artefacts have figured in systems of belief and in political and social practice in Europe since the Renaissance. 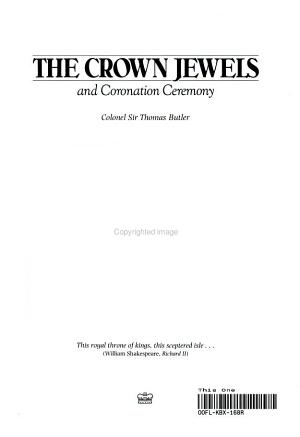 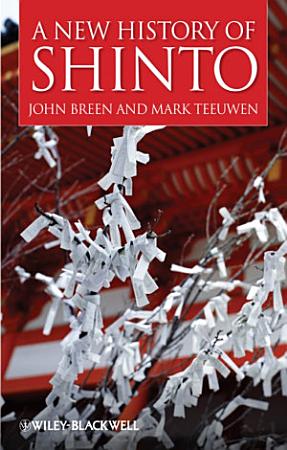 
This accessible guide to the development of Japan’s indigenous religion from ancient times to the present day offers an illuminating introduction to the myths, sites and rituals of kami worship, and their role in Shinto’s enduring religious identity. Offers a unique new approach to Shinto history that combines critical analysis with original research Examines key evolutionary moments in the long history of Shinto, including the Meiji Revolution of 1868, and provides the first critical history in English or Japanese of the Hie shrine, one of the most important in all Japan Traces the development of various shrines, myths, and rituals through history as uniquely diverse phenomena, exploring how and when they merged into the modern notion of Shinto that exists in Japan today Challenges the historic stereotype of Shinto as the unchanging, all-defining core of Japanese culture