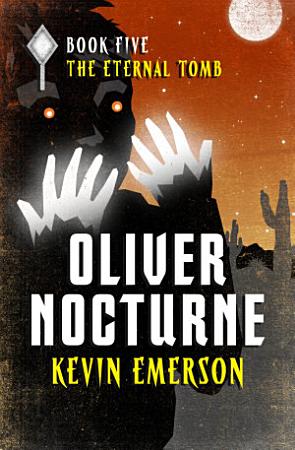 
Can a prophecy of the world’s end be undone—by a teenage vampire? The Anointment is approaching, and soon Oliver will receive the power necessary to journey to Nexia and fulfill his terrible destiny. But that isn’t what he wants—and he may have finally found a way to change his fate. Yet the toughest part for Oliver hits closest to home: Whom will he choose—his friends or his family? No less than the fate of the world hangs in the balance. As powerful forces converge and sinister plots are hatched on all sides, Oliver, Emalie, and Dean race to pull off their dangerous plan. Nothing is certain—except that everything is about to change. 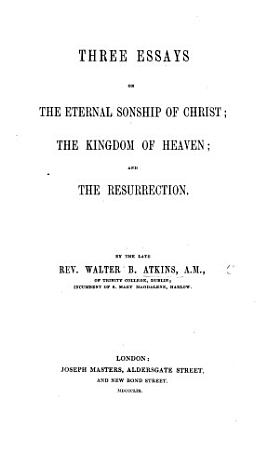 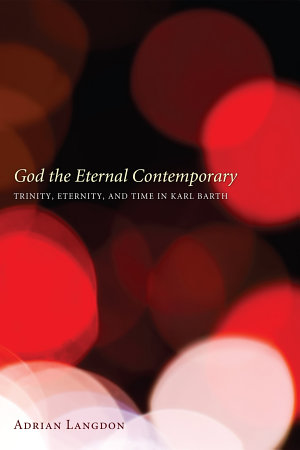 
The relation of the eternal God to time and history has perplexed theologians and philosophers for centuries. How can Christians describe a God who is distinct from time but acts within it? This book presents one creative and profound approach to this perennial theme by examining the theology of Karl Barth. Contrary to interpretations of Barth that suggest he held a view of eternity as abstracted from time and history, this comprehensive study suggests that he provides a more complex and fruitful understanding. Rather than defining eternity in a negative relation to time, Barth relates eternity and time with reference to such doctrines as the Trinity and incarnation. This ensures overcoming what he saw as the "Babylonian Captivity" of an abstract philosophical definition of eternity that developed in the Western tradition. The central argument of the book suggests an analogia trinitaria temporis, a basic analogy between the eternal being of God and God's creating and activity within time. Also, implicit in Barth's view is a narrative view of time, similar to the view of Paul Ricoeur, which unfolds as the Church Dogmatics develops. 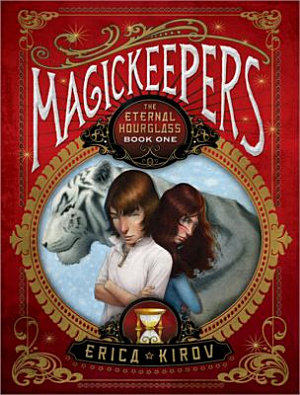 
Living in Las Vegas with his unsuccessful father, Nick Rostov learns on his thirteenth birthday that he is descended from a powerful line of Russian Magickeepers on his dead mother's side, and that the equally powerful but evil Shadowkeepers will stop atnothing to get an ancient relic that his grandfather gave him. 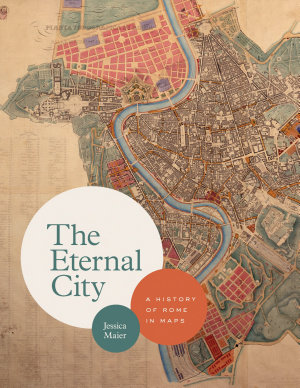 
One of the most visited places in the world, Rome attracts millions of tourists each year to walk its storied streets and see famous sites like the Colosseum, St. Peter’s Basilica, and the Trevi Fountain. Yet this ancient city’s allure is due as much to its rich, unbroken history as to its extraordinary array of landmarks. Countless incarnations and eras merge in the Roman cityscape. With a history spanning nearly three millennia, no other place can quite match the resilience and reinventions of the aptly nicknamed Eternal City. In this unique and visually engaging book, Jessica Maier considers Rome through the eyes of mapmakers and artists who have managed to capture something of its essence over the centuries. Viewing the city as not one but ten “Romes,” she explores how the varying maps and art reflect each era’s key themes. Ranging from modest to magnificent, the images comprise singular aesthetic monuments like paintings and grand prints as well as more popular and practical items like mass-produced tourist plans, archaeological surveys, and digitizations. The most iconic and important images of the city appear alongside relatively obscure, unassuming items that have just as much to teach us about Rome’s past. Through 140 full-color images and thoughtful overviews of each era, Maier provides an accessible, comprehensive look at Rome’s many overlapping layers of history in this landmark volume. The first English-language book to tell Rome’s rich story through its maps, The Eternal City beautifully captures the past, present, and future of one of the most famous and enduring places on the planet. 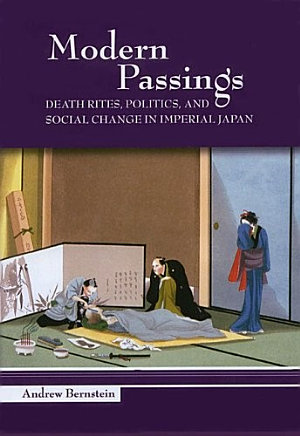 
What to do with the dead? In Imperial Japan, as elsewhere in the modernizing world, answering this perennial question meant relying on age-old solutions. Funerals, burials, and other mortuary rites had developed over the centuries with the aim of building continuity in the face of loss. As Japanese coped with the economic, political, and social changes that radically remade their lives in the decades after the Meiji Restoration (1868), they clung to local customs and Buddhist rituals such as sutra readings and incense offerings that for generations had given meaning to death. Yet death, as this highly original study shows, was not impervious to nationalism, capitalism, and the other isms that constituted and still constitute modernity. As Japan changed, so did its handling of the inevitable. Following an overview of the early development of funerary rituals in Japan,Andrew Bernstein demonstrates how diverse premodern practices from different regions and social strata were homogenized with those generated by middle-class city dwellers to create the form of funerary practice dominant today. He describes the controversy over cremation, explaining how and why it became the accepted manner of disposing of the dead. He also explores the conflict-filled process of remaking burial practices, which gave rise, in part, to the suburban "soul parks" now prevalent throughout Japan; the (largely failed) attempt by nativists to replace Buddhist death rites with Shinto ones; and the rise and fall of the funeral procession. In the process, Bernstein shows how today’s "traditional" funeral is in fact an early twentieth-century invention and traces the social and political factors that led to this development. These include a government wanting to separate itself from religion even while propagating State Shinto, the appearance of a new middle class, and new forms of transportation. As these and other developments created new contexts for old rituals, Japanese faced the problem of how to fit them all together. What to do with the dead? is thus a question tied to a still broader one that haunts all societies experiencing rapid change: What to do with the past? Modern Passings is an impressive and far-reaching exploration of Japan’s efforts to solve this puzzle, one that is at the heart of the modern experience. 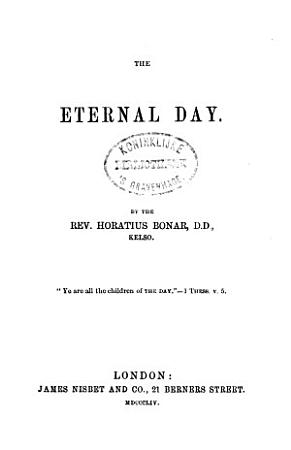 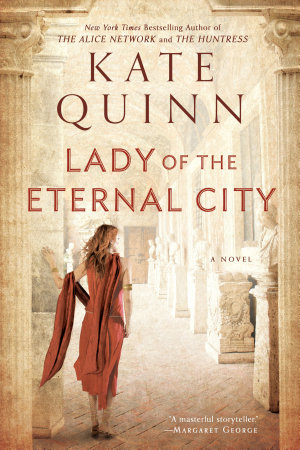 
From the New York Times and USA Today bestselling author of The Alice Network and The Huntress comes a combustible historical saga about obsession, betrayal, and destiny. Sabina may be Empress of Rome, but she still stands poised on a knife’s edge. She must keep the peace between two deadly enemies: her husband Hadrian, Rome’s brilliant and sinister Emperor; and battered warrior Vix, her first love. But Sabina is guardian of a deadly secret: Vix’s beautiful son Antinous has become the Emperor’s latest obsession. Empress and Emperor, father and son will spin in a deadly dance of passion, betrayal, conspiracy, and war. As tragedy sends Hadrian spiraling into madness, Vix and Sabina form a last desperate pact to save the Empire. But ultimately, the fate of Rome lies with an untried girl, a spirited redhead who may just be the next Lady of the Eternal City... 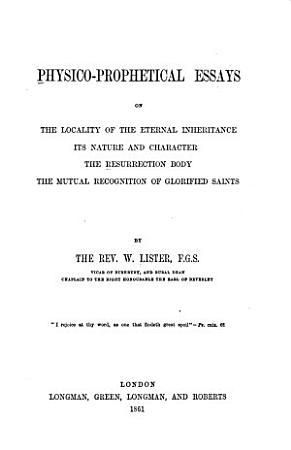 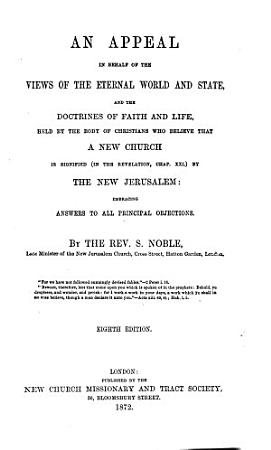 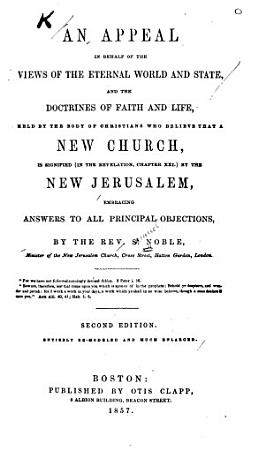 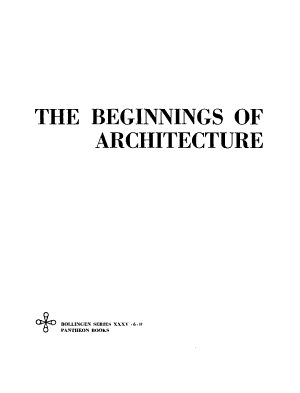