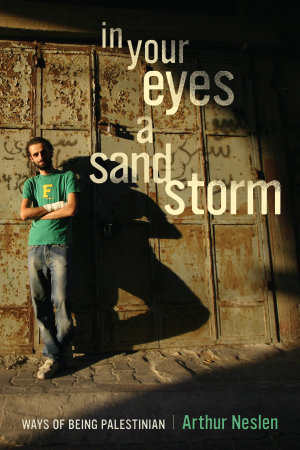 
"In this impossible task of representation, Arthur Neslen writes a book that is impossible to put down. In Your Eyes a Sandstorm is where Joyce's The Dubliners meets Howard Zinn's A People’s History. Thrilling, compassionate, and unflinching narratives and dialogues converge the critical events of contemporary Palestinian being into the present. Palestinians are field negroes, house negroes, ghettoized schlemiels and pariahs, ethnically cleansed, colonized, occupied, militant, pacifist, doctors, zookeepers, rappers, journalists, teachers, etc. They are also an original people who will continue to write a new story in the book of survival and hope, of overcoming suffering and, hopefully, of going beyond power." —Fady Joudah, author of The Earth in the Attic and translator of Mahmoud Darwish’s If I Were Another “In this wonderful collection, one can hear the Palestinians speaking for themselves and not through others who may distort or dim their messages. Very few collections have brought home to us so vividly and authentically what it means to be a Palestinian today.” —Ilan Pappe, author of The Rise and Fall of a Palestinian Dynasty "This highly original work is an important contribution to Palestine literature, especially in the way that personal narrative interacts with and enriches collective-national and public memory." —Nur Masalha, author of Expulsion of the Palestinians: The Concept of "Transfer" in Zionist Political Thought "Neslen powerfully gives voice to Palestinians, humanizes them, and reveals the complexities of Palestinian society." —Sara Roy, author of Hamas and Civil Society in Gaza “A remarkable achievement at the junction of Middle East politics and anthropology, this collection of interviews with Palestinians from eight successive generations—defined according to historical watersheds—is a necessary complement to treatise-like readings on the Palestinians and the Israel-Palestine conflict. It offers the means for a reasoned empathy with the Palestinian people, and provides a perfect counterpoint to the ‘journey through the Israeli psyche’ which Arthur Neslen took his readers on in his previous book.” —Gilbert Achcar, author of The Arabs and the Holocaust: The Arab-Israeli War of Narratives 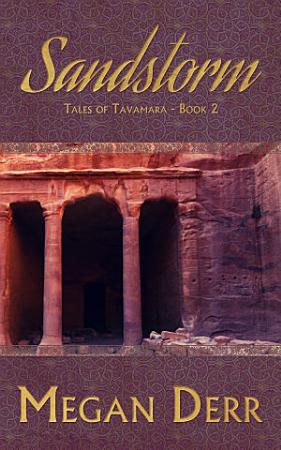 
Stories are told of the wild Tribes who control the untamable Desert, the bloody battles that are waged there, but little is actually known. In a place where alliances are as shifting as the sands, one Tribe is universally regarded as the most dangerous: the Ghost Tribe, led by the bloodthirsty Sheik Hashim and his son Sahayl, called the Sandstorm. Sahayl is not his father, however, and would rather see the Tribes find a way to live peacefully. When a meeting to negotiate peace with the Falcon Tribe goes wrong, nobody is more disappointed than Sahayl, especially as it means he'll never come to better know the beautiful, blue-eyed Falcon who challenged him. Then the violence in the Desert abruptly worsens as Tribes believed long dead begin to appear, and sorting ally from enemy becomes impossible. To save his Tribe and the Desert, Sahayl must take drastic measures that will reshape the Desert in a way that only a Sandstorm can... 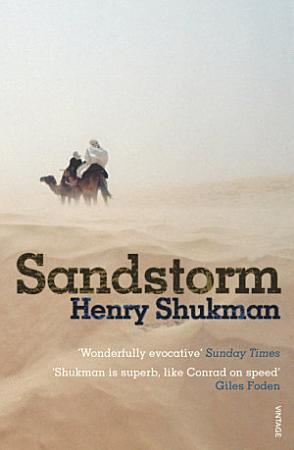 
Former foreign correspondent Charles Mortimer is all washed up, living a hand-to-mouth existence in Manhattan, wondering how things could have gone so wrong for him. A chance discovery of a newspaper obituary takes him back to the beginning of his career, when he was a young, hopeful man reporting from the Sahara Desert in the company of beautiful French photographer Celeste Dumas. The two narrowly escape death by bullet, grenade, thirst and heatstroke and, ultimately, drowning. By the end of their adventure, Mortimer has begun his life as a successful, cynical journalist. Fifteen years roll by, and Mortimer finds himself again in Algeria, where he perpetrates the great error of his professional life and realizes, finally, what it was he lost so long ago in the desert wastes. By the winner of the Author's Club First Novel Award, Guardian First Book Award and The Times First Book Award. 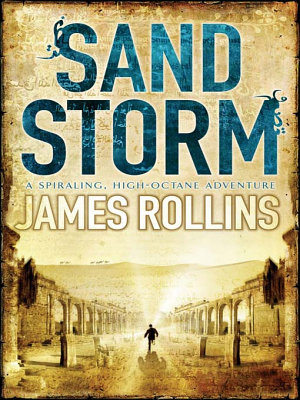 
'Rollins is what you might end up with if you tossed Michael Crichton and Dan Brown into a particle accelerator together' New York Times An inexplicable explosion rocks the antiquities collection of a London museum - and sets off alarms in clandestine organisations around the world... Lady Kara Kensington's family paid a high price in money and blood to found the gallery that now lies in ruins. And her search for answers is about to lead her into a world she never imagined existed: a lost city, buried beneath the Arabian desert, where something astonishing is waiting... A covert government operative hunting down a traitor is being drawn there. But at the end of a perilous journey lies an ageless power that can create a utopia - or tear down everything humankind has built over millennia of civilisation... 'A non-stop thrill-a-minute ride' Tess Gerritsen 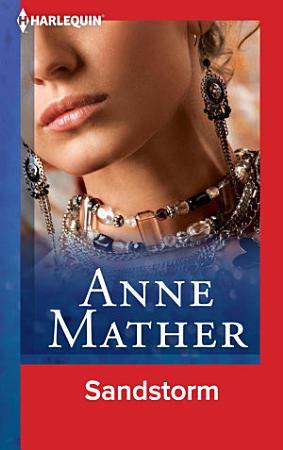 
She was betrayed by her own emotions! Abby considered her marriage over. Why couldn't Rachid just accept the fact and give her a divorce? In the two years since she left Abarein, the Middle East country where Rachid was crown prince, she'd tried to rebuild her life. Now Rachid had come to reclaim her—fiercely opposing divorce, urging her to return. But the reasons for her leaving were still valid. Nothing had really changed. Except maybe Abby herself. And it was her own traitorous response that finally gave her no choice! 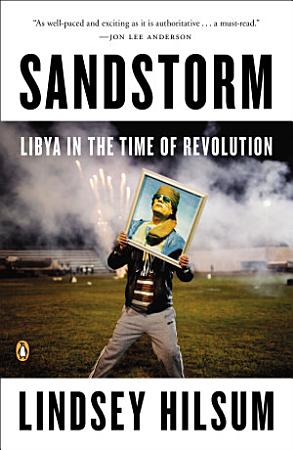 
Over a quarter century, the renowned British international correspondent Lindsey Hilsum has covered crisis and conflict around the world. In February 2011, at the first stirrings of revolt, she went to Libya, and began to chronicle the personal stories of people living through a time of unprecedented danger and opportunity. She reported the progress of the revolution on the ground, from the conflict of the early months, through the toppling of Gaddafi’s regime and his savage death in the desert. In Sandstorm, she tells the full story of the events of the revolution within a rich context of Libya’s history of colonialism, monarchy and dictatorship, and explores what the future of Libya holds. Sandstorm follows the stories of six individuals, taking us inside Gaddafi’s Libya as events unfold, change accelerates, and those who had never before dared to speak, tell their stories for the first time. We see the dynamics of the insurrection both from inside the regime and through the eyes of the men and women who found themselves starting a revolution. Woven into her account is a revelatory exposé of the dysfunctional Gaddafi family, the scale of whose excesses almost surpasses belief. She tells the stories of Libyans who lived in the United States or Europe, but went home to risk everything to provide secret intelligence, or commit daring acts of civil disobedience, to bring the regime down, knowing that the punishment if caught would be torture and death. The fall of Gaddafi, who was for forty-two years the great autocrat-madman on the world stage, is among the past decade’s most dramatic pivot points. In Lindsey Hilsum, it has found its definitive chronicler. 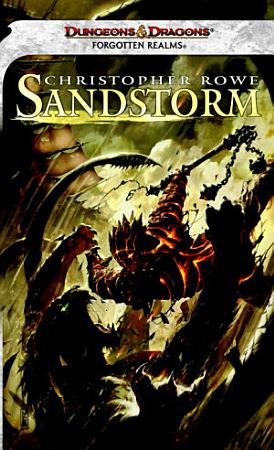 
A hero rises from the ranks of slaves! The genasi control almost all of Calimshan for their djinn overlords—all but a few outposts like the floating Island of the Free, where escaped slaves from Calimport’s coliseum run their own brutal games. There, Cephas, a genasi with no memories of his past has spent his entire life fighting But one day a circus of misfits, lead by the crowlike Corvus Nightfeather appear and free Cephas—and for the first time Cephas can harness his inborn powers and control the stones and dirt beneath his feet. The newest Forgotten Realms® author brings his talents to an area that has changed dramatically with the fresh take of Dungeons & Dragons® 4th Edition. The powerful elemental race of the genasi and the xenophobic and ruthless cultures of Calimshan are revealed through the rise of the Forgotten Realms' newest hero. From the Paperback edition. 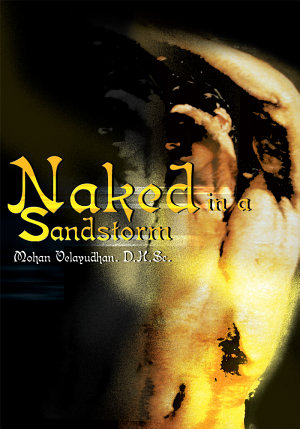 
Ancient cities, magical powers. Sages with extraordinary powers and bigger than life warriors…This is a story of courage. A saga of fighting the odds. Of living a life of empowerment. Naked in a sandstorm will take you deep into your soul as you read. This is the story of great battles, mystery and truth. You will rediscover yourself as you follow the hero, Avhmon. He is like you. He is YOU! You will learn to harness the powers of the metaphysical as you follow the great sages Moreihe, Ananda and Charaka. You will fight great wars with the brave. Lust, love and sacrifice is part of human nature. Naked in a sandstorm is about those too. Meet the terrible Kormi he will make you loathe him. And there is Apsara, you will cry with her. Get to know Kirtana, a woman with burning passion and unbound love. In a cave, five miles deep, in the bowels of the earth, you will discover what the future holds for you! Discover the mystery behind the sacred virgins! 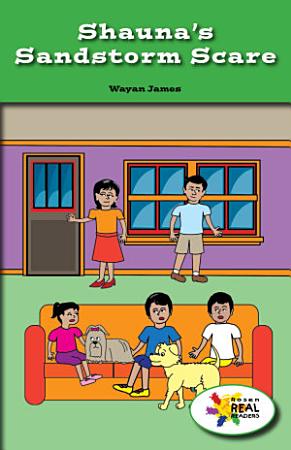 
This fiction title supports and explains a child's world, reinforcing positive social messages around being a contributing family member, a good student, and a good citizen. When paired with its non-fiction title counterpart, it allows emerging readers to engage with both fiction and informational texts on the same subject matter, thus gaining different perspectives, new vocabulary, and new approaches to the same content. 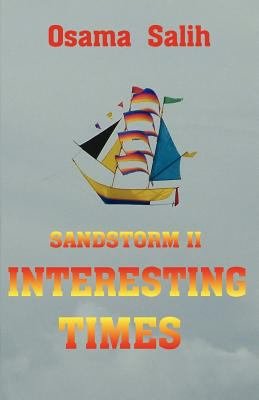 
With the dictators and tyrants of the Middle East removed, terrorism ended and peace and prosperity looming, you would have thought everyone would be pleased. Not if your industry was profiting handsomely from the state of chaos that reigned before, and peace adversely affected your bottom line. The newly created Middle Eastern Union soon finds that Corporate America is a far more vicious and determined enemy than local dictators ever were. 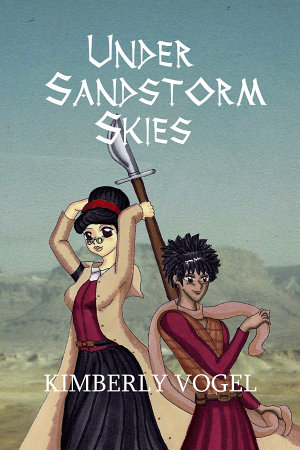 
With the Tyrant disposed of, the ruined kingdoms have to get back to normal. In Hamako, Seishirou is to be the next ruler. While the succession might be clear, the surity of his crowning is not. Seishirou is still just a kid. Before he can take the leadership role he has to pass his manhood test. Out in the wilderness anything can happen. If Seishirou makes it back home then he can rule. That is, if someone else hasn't stolen the crown in the meanwhile. 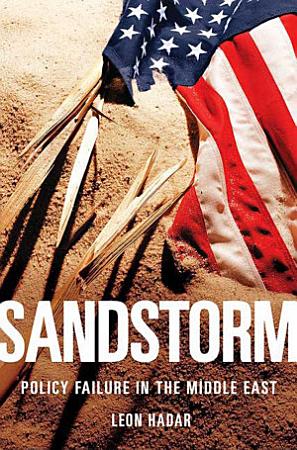 
The time has come for a serious debate on the future involvement of the United States in the Middle East and this original and provocative analysis challenges the prevailing wisdom of the Washington foreign policy establishment. Hadar provides a sweeping reexamination of the conceptual bases of American policy and proposes a strategy of "constructive disengagement" from the region, a policy of benign neglect as a way of promoting the interests of the United States as well as those of the people of the Middle East. In Sandstorm, Hadar calls for regional states and the European Union to take increased responsibility for security, economic growth, and political stability. This bold and innovative critique will inject new energy into the policy debate.