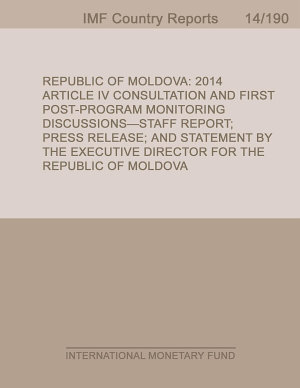 
This paper focuses on Moldova’s 2014 Article IV Consultation and First Post-Program Monitoring Discussions. Moldova largely achieved the main objectives of the economic program supported by a combined Extended Credit Facility/Extended Fund Facility (ECF/EFF). The country’s economic performance was among the strongest in the region during 2010–2013. This was made possible by adequate macroeconomic stabilization measures and ambitious structural reforms implemented in the wake of the crisis under the IMF-supported program. The Moldovan economy recovered strongly from the drought-related contraction of 2012, but activity will significantly slow in 2014 owing to a moderation in agriculture production and related industries and weaker economic activity in main trading partners. 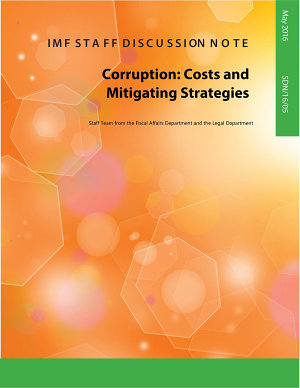 
In an environment in which growth and employment prospects in many countries remain subdued and a number of high-profile corruption cases have fueled moral outrage, and amid a growing consensus that corruption can seriously undermine a country’s ability to deliver inclusive economic growth in a number of different areas, addressing corruption globally—in both developed and developing countries—has become increasingly urgent. When corruption impairs government functions, it can adversely affect a number of important determinants of economic performance, including macrofinancial stability, investment, human capital accumulation, and total factor productivity. Moreover, when systemic corruption affects virtually all state functions, distrust of government can become so pervasive that it can lead to violence, civil strife, and conflict, with devastating social and economic implications. This Staff Discussion Note focuses on corruption that arises from the abuse of public office for private gain, whether it manifests itself transactionally (for example, a bribe) or through powerful networks between business and government that effectively result in the privatization of public policy. While designing and implementing an anticorruption strategy requires change on many different levels, the IMF's experience in assisting member countries suggests that several elements need to be given priority: transparency, rule of law, and economic reform policies designed to eliminate excessive regulation. Perhaps most important, however, addressing corruption requires building effective institutions, with the clear objective of developing a competent civil service that takes pride in being independent of both private influence and public interference. 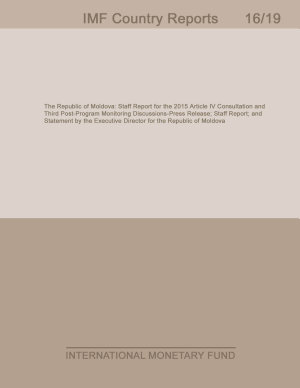 
Moldova has been in the midst of political, economic, and financial turmoil since late 2014. On October 29, 2015, the government led by Mr. Strelet (already the third cabinet in 2015) was dismissed by a no confidence vote in Parliament. Political instability has been amplified by the revelation of a large-scale fraud in the financial sector. This resulted in a collapse of three large banks, with a cost to the budget of around 12 percent of GDP and a significant loss in reserves. The homegrown problems occurred at the time of difficult external environment, marked by a recession in Russia.