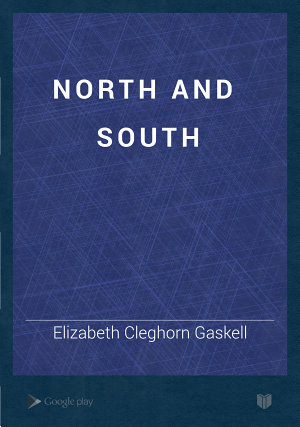 
When her father leaves the Church in a crisis of conscience, Margaret Hale is uprooted from her comfortable home in Hampshire to move with her family to the north of England. Initially repulsed by the ugliness of her new surroundings in the industrial town of Milton, Margaret becomes aware of the poverty and suffering of the local mill workers and develops a passionate sense of social justice. This is intensified by her tempestuous relationship with the mill-owner and self-made man, John Thornton, as their fierce opposition over his treatment of his employees masks a deeper attraction. In North and South, Elizabeth Gaskell skillfully fuses individual feeling with social concern, and in Margaret Hale creates one of the most original heroines of Victorian literature. 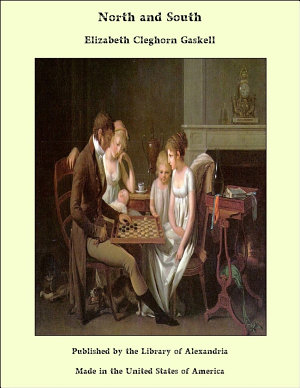 
Margaret had been on the point of telling her cousin of some of the plans and visions which she entertained as to her future life in the country parsonage, where her father and mother lived; and where her bright holidays had always been passed, though for the last ten years her aunt Shaw's house had been considered as her home. But in default of a listener, she had to brood over the change in her life silently as heretofore. It was a happy brooding, although tinged with regret at being separated for an indefinite time from her gentle aunt and dear cousin. As she thought of the delight of filling the important post of only daughter in Helstone parsonage, pieces of the conversation out of the next room came upon her ears. Her aunt Shaw was talking to the five or six ladies who had been dining there, and whose husbands were still in the dining-room. They were the familiar acquaintances of the house; neighbours whom Mrs. Shaw called friends, because she happened to dine with them more frequently than with any other people, and because if she or Edith wanted anything from them, or they from her, they did not scruple to make a call at each other's houses before luncheon. These ladies and their husbands were invited, in their capacity of friends, to eat a farewell dinner in honour of Edith's approaching marriage. Edith had rather objected to this arrangement, for Captain Lennox was expected to arrive by a late train this very evening; but, although she was a spoiled child, she was too careless and idle to have a very strong will of her own, and gave way when she found that her mother had absolutely ordered those extra delicacies of the season which are always supposed to be efficacious against immoderate grief at farewell dinners. She contented herself by leaning back in her chair, merely playing with the food on her plate, and looking grave and absent; while all around her were enjoying the mots of Mr. Grey, the gentleman who always took the bottom of the table at Mrs. Shaw's dinner parties, and asked Edith to give them some music in the drawing-room. Mr. Grey was particularly agreeable over this farewell dinner, and the gentlemen staid down stairs longer than usual. It was very well they did—to judge from the fragments of conversation which Margaret overheard. 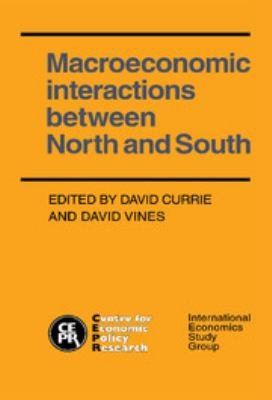 
This volume contains the proceedings of a September 1987 conference and focuses on the North-South macroeconomic interactions.


Excerpt from North and South Margaret heard her aunt's voice again, but this time it was as if she had raised herself up from her half-recumbent position, and were looking into the more dimly lighted back drawing-room. Edith Edith cried she and then she sank as if wearied by the exertion. Mar aret stepped forward. About the Publisher Forgotten Books publishes hundreds of thousands of rare and classic books. Find more at www.forgottenbooks.com This book is a reproduction of an important historical work. Forgotten Books uses state-of-the-art technology to digitally reconstruct the work, preserving the original format whilst repairing imperfections present in the aged copy. In rare cases, an imperfection in the original, such as a blemish or missing page, may be replicated in our edition. We do, however, repair the vast majority of imperfections successfully; any imperfections that remain are intentionally left to preserve the state of such historical works. 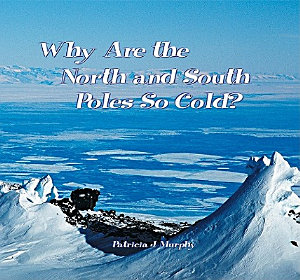 
This high-interest Science title is one of the 4 titles sold in a Book Pack as a part of the Tony Stead Independent Reading I Wonder Why Theme Set. 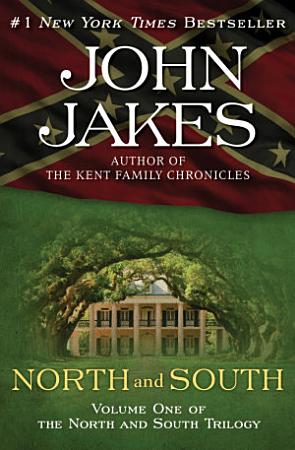 
The first volume of John Jakes’s acclaimed and sweeping saga about a friendship threatened by the divisions of the Civil War In the years leading up to the Civil War, one enduring friendship embodies the tensions of a nation. Orry Main from South Carolina and George Hazard from Pennsylvania forge a lasting bond while training at the United States Military Academy at West Point. Together they fight in the Mexican-American War, but their closeness is tested as their regional politics diverge. As the first rounds are fired at Fort Sumter, Orry and George find themselves on different sides of the coming struggle. In John Jakes’s unmatched style, North and South launches a trilogy that captures the fierce passions of a country at the precipice of disaster. This ebook features an illustrated biography of John Jakes including rare images from the author’s personal collection. 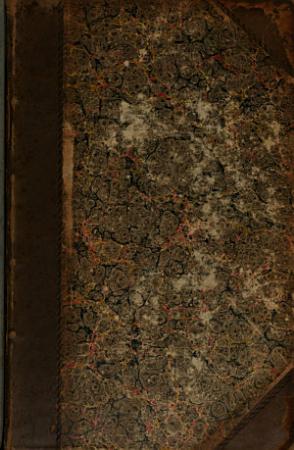 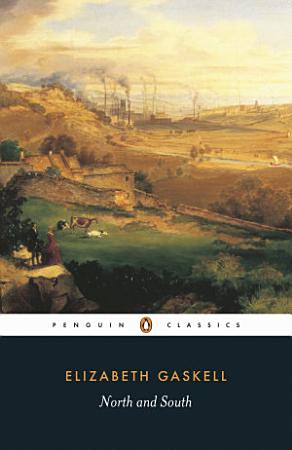 
Margaret's safe existence is turned upside down when she has to move to the grim northern town of Milton. Not only does she have her eyes opened by the poverty and hardship she encounters there, but she is thrown into confusion by stern factory owner John Thornton - whose treatment of his workers brings them into fierce opposition. As men and women, workers and masters come into violent conflict, it seems opposites can never meet. But do John and Margaret's power struggles hide deeper feelings? And, when it seems Margaret has lost everything, can she find the one thing she never expected? 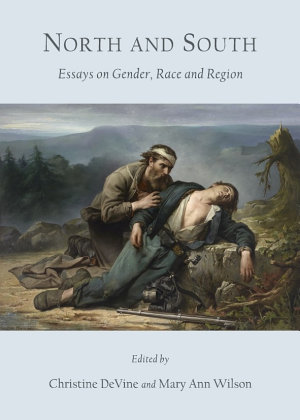 
North and South is a multi-dimensional look at a prevailing theme in current discourse on the concept of borders. This collection of essays invites us to cross historical, regional, and disciplinary boundaries. The contributors consider a range of primary texts, use a number of critical approaches, and make some surprising connections. The borders created by the concepts of “north” and “south” provoke us to ask if the terms continue to represent real divisions, or if usage and habit have drained them of any real meaning. And how have literary texts sought to represent and elucidate the divisions and to complicate and undermine such rigid categories? This collection of essays considers such questions and offers some tentative and original answers. The essays in North and South treat a wide variety of topics, generically and geographically, chronologically and creatively. They interrogate the elusive topic of boundaries symbolic and literal; boundaries as means of communication rather than division; boundaries that create borderlands; boundaries that invite transgression; boundaries that resist erasure. Across and within these boundaries, the theme of identity emerges: international, national, regional, gendered, racial, ethnic. 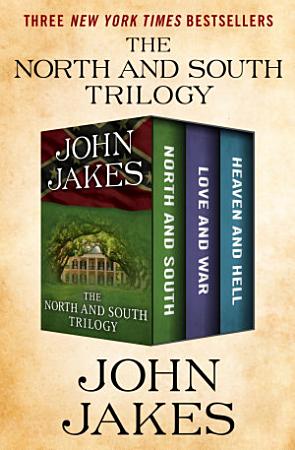 
Two families are united—and torn apart—by the Civil War in these three dramatic novels by the #1 New York Times–bestselling master of the historical epic. In North and South, the first volume of John Jakes’s acclaimed and sweeping saga, a friendship is threatened by the divisions of the Civil War. In the years leading up to the Civil War, one enduring friendship embodies the tensions of a nation. Orry Main from South Carolina and George Hazard from Pennsylvania forge a lasting bond while training at the United States Military Academy at West Point. Together they fight in the Mexican-American War, but their closeness is tested as their regional politics diverge. As the first rounds are fired at Fort Sumter, Orry and George find themselves on different sides of the coming struggle. In John Jakes’s unmatched style, North and South launches a trilogy that captures the fierce passions of a country at the precipice of disaster. In Love and War, the Main and Hazard families clash on and off the Civil War’s battlefields as they grapple with the violent realities of a divided nation. With the Confederate and Union armies furiously fighting, the once-steadfast bond between the Main and Hazard families continues to be tested. From opposite sides of the conflict, they face heartache and triumph on the frontlines as they fight for the future of the nation and their loved ones. With his impeccable research and unfailing devotion to the historical record, John Jakes offers his most enthralling and enduring tale yet. In Heaven and Hell, the battle between the Mains and Hazards—and Confederate and Union armies—comes to a brilliant end. The last days of the Civil War bring no peace for the Main and Hazard families. As the Mains’ South smolders in the ruins of defeat, the Hazards’ North pushes blindly for relentless industrial progress. Both the nation and the families’ long-standing bond hover on the brink of destruction. In the series’ epic conclusion, Jakes expertly blends personal conflict with historical events, crafting a haunting page-turner about America’s constant change and unyielding hope. This “entertaining [and] authentic dramatization” (The New York Times) is a thrilling tale of shifting loyalties, set during one of the darkest moments in American history. 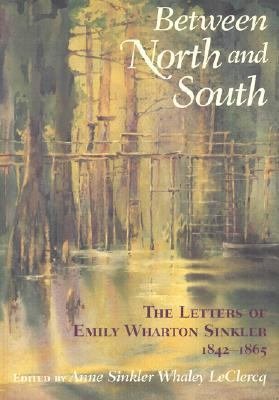 
The daughter of a Philadelphia lawyer, Emily Wharton married Charles Sinkler in 1842 and moved to Eutaw Plantation, a cotton plantation on the Santee River sixty miles from Charleston. Her letters to family members in Philadelphia provide a window into the antebellum South and South Carolina during the Civil War. 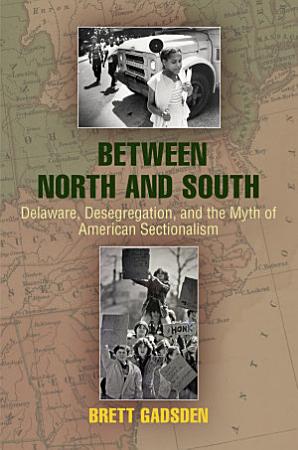 
Between North and South chronicles the three-decade-long struggle over segregated schooling in Delaware, a key border state and important site of civil rights activism and white reaction. Historian Brett Gadsden begins by tracing the origins of a long litigation campaign by NAACP attorneys who translated popular complaints about the inequities in Jim Crow schooling into challenges to racial proscriptions in public education. Their legal victories subsequently provided the evidentiary basis for the Supreme Court's historic decision in Brown v. Board of Education, marking Delaware as a center of civil rights advancements. Gadsden's further examination of a novel metropolitan approach to address the problem of segregation in city and suburban schools, wherein proponents highlighted the web of state-sponsored discrimination that produced interrelated school and residential segregation, reveals the strategic creativity of civil rights activists. He shows us how, even in the face of concerted white opposition, these activists continued to advance civil rights reforms into the 1970s, secured one of the most progressive busing remedies in the nation, and created a potential model for desegregation efforts across the United States. Between North and South also explores how activists on both sides of the contest in this border state—adjacent to the Mason-Dixon line—helped create, perpetuate, and contest ideas of southern exceptionalism and northern innocence. Gadsden offers instead a new framework in which "southern-style" and "northern-style" modes of racial segregation and discrimination are revealed largely as regional myths that civil rights activists and opponents alternately evoked and strategically deployed to both advance and thwart reform.