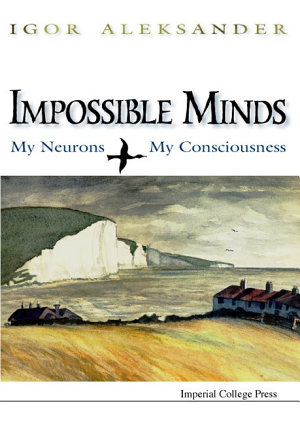 
Impossible Minds: My Neurons, My Consciousness has been written to satisfy the curiosity each and every one of us has about our own consciousness. It takes the view that the neurons in our heads are the source of consciousness and attempts to explain how this happens. Although it talks of neural networks, it explains what they are and what they do, in such a way that anyone may understand. This book is also a story. A story of a land where people think that they are automata without much in the way of consciousness, a story of cormorants and cliffs by the sea, a story of what it might be like to be a conscious machine… Contents:Yet Another Book on Consciousness?Who's Afraid of Magnus?Neurons and ThoughtAutomata and BrainsThe Inner Eye of ConsciousnessWho Am I?Beginnings and WordsGive Me a Teddy…Qualia, Instinct and EmotionWhat's the Use of Artificial Minds?Magnus 2030 AD: An Interview Readership: General. Reviews: ”Here is the philosophy of a creative engineer. Igor Aleksander is a pioneer looking for keys to consciousness in intelligent machines he designs and builds. He shares his discoveries and hopes for future developments in this interesting, highly readable book.” Richard L Gregory Emeritus Professor of Neuropsychology University of Bristol ”Machine intelligence is one of the most vital subjects for the future, perhaps the most important of all. No one is better at explaining it than Igor Aleksander, one of the leaders in the field.” Sir Clive Sinclair “… his book provides a popular account of the problem of consciousness. It is a personal view, from the perspective of a plain-speaking and clear-sighted engineer, articulated with all the optimism and confidence that engineers need to pursue the audacious goal of designing intelligent and conscious robots … it is more of an ‘ideas’ book, and was fun to read. It should be an adventure and an inspiration for the human, if not yet the robotic, mind.” Nature “… no one could deny that Aleksander is doing a good job in this book of rehabilitating and making accessible some of the more unreasonable, some might say unfathomable, of AI's tenets: would recommend Aleksander's book as if nothing else, an excellent primer on matters of AI consciousness and philosophy.” New Scientist “… reading ‘Impossible Minds’ is a lot of fun, both for the variety of topics and for the controversies it touches upon. For the beginner it is a good introduction to a fast-growing discipline; for every reader it is a good starting point of healthy argument with the author's views.” International Journal of Neural Systems 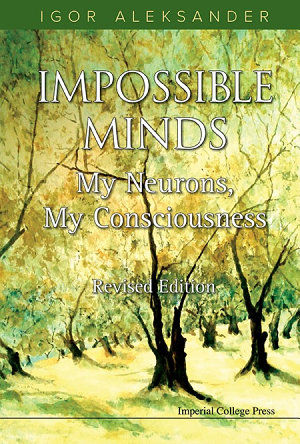 
Impossible Minds: My Neurons, My Consciousness has been written to satisfy the curiosity each and every one of us has about our own consciousness. It takes the view that the neurons in our heads are the source of consciousness and attempts to explain how this happens. Although it talks of neural networks, it explains what they are and what they do in such a way that anyone may understand. While the topic is partly philosophical, the text makes no assumptions of prior knowledge of philosophy; and so contains easy excursions into the important ideas of philosophy that may be missing in the education of a computer scientist. The approach is pragmatic throughout; there are many references to material on experiments that were done in our laboratories.The first edition of the book was written to introduce curious readers to the way that the consciousness we all enjoy might depend on the networks of neurons that make up the brain. In this second edition, it is recognized that these arguments still stand, but that they have been taken much further by an increasing number of researchers. A post-script has now been written for each chapter to inform the reader of these developments and provide an up-to-date bibliography. A new epilogue has been written to summarize the state-of-the art of the search for consciousness in neural automata, for researchers in computation, students of philosophy, and anyone who is fascinated by what is one of the most engaging scientific endeavours of the day.This book also tells a story. A story of a land where people think that they are automata without much in the way of consciousness, a story of cormorants and cliffs by the sea, a story of what it might be like to be a conscious machine … 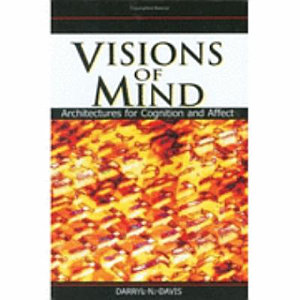 
"What is mind?" "Can we build synthetic or artificial minds?" Think these questions are only reserved for Science Fiction? Well, not anymore. This collection presents a diverse overview of where the development of artificial minds is as the twenty first century begins. Examined from nearly all viewpoints, Visions of Mind includes perspectives from philosophy, psychology, cognitive science, social studies and artificial intelligence. This collection comes largely as a result of many conferences and symposiums conducted by many of the leading minds on this topic. At the core is Professor Aaron Sloman's symposium from the spring 2000 UK Society for Artificial Intelligence conference. Authors from that symposium, as well as others from around the world have updated their perspectives and contributed to this powerful book. The result is a multi-disciplinary approach to the long term problem of designing a human-like mind, whether for scientific, social, or engineering purposes. The topics addressed within this text are valuable to both artificial intelligence and cognitive science, and also to the academic disciplines that they draw on and feed. Among those disciplines are philosophy, computer science, and psychology. 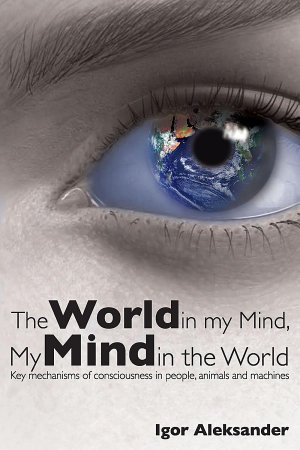 
Not consciousness, but knowledge of consciousness: that is what this book communicates in a fascinating way. Consciousness is the thread that links the disappearing gorilla with the octopus suffering from a stomach ache, and the person under anaesthetic with a new born baby. How these are different, yet illustrative of consciousness, is revealed in this accessible book by one of the world's leading thinkers and neural computing engineers. Igor Aleksander addresses this enigmatic topic, by making us understand the difference between what happens to us when thinking consciously and when sort of thinking when dreaming or when not conscious at all, as when sleeping, anaesthetised or knocked out by a blow on the head. The book also tackles the larger topics of free will, choice, God, Freud (what is 'the unconscious'?), inherited traits and individuality, while exploding the myths and misinformation of many earlier mind-hijackers. He shares the journey towards building a new model of consciousness, with an invitation to understand 5 axioms or basic ideas, which we easily recognise in ourselves. 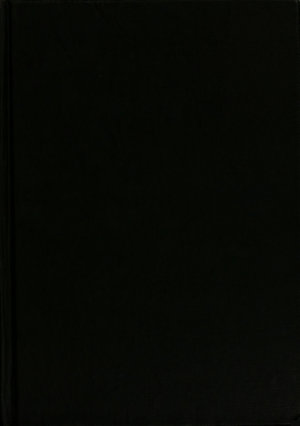 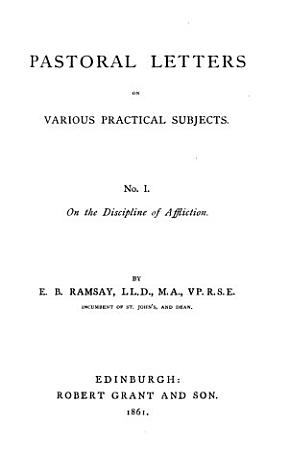 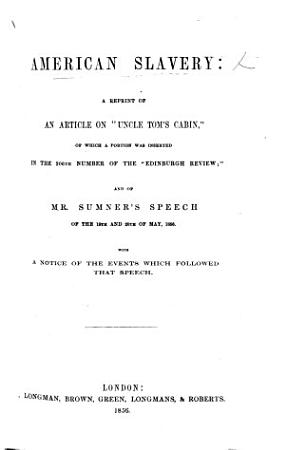 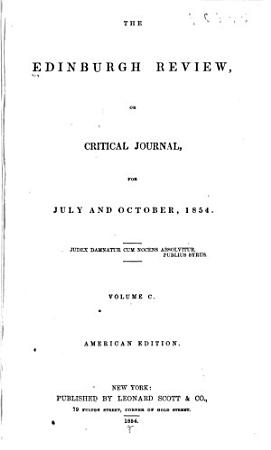 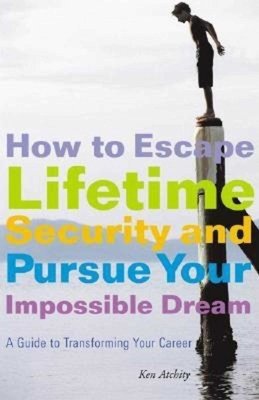 
For the Type C, or creative, personalities who want their work to "fill" their deepest creative urges, this is the frontline guide to making the transition from a secure and soulless job to a life built around a creative dream. Individuals learn how to follow the mind's eye to construct a life that conforms to personal vision, steal time to make creative dreams come true, use as assets the resources around them, and turn creative goals and objectives into an effective life plan. • Introduces the catchy buzzword "Type C" Allworth Press, an imprint of Skyhorse Publishing, publishes a broad range of books on the visual and performing arts, with emphasis on the business of art. Our titles cover subjects such as graphic design, theater, branding, fine art, photography, interior design, writing, acting, film, how to start careers, business and legal forms, business practices, and more. While we don't aspire to publish a New York Times bestseller or a national bestseller, we are deeply committed to quality books that help creative professionals succeed and thrive. We often publish in areas overlooked by other publishers and welcome the author whose expertise can help our audience of readers. 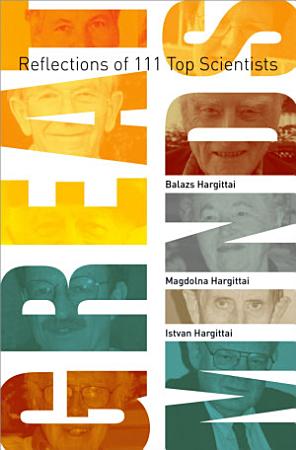 
Throughout the 1990s and the 2000s, Istvan, Balazs, and Magdolna Hargittai conducted hundreds of interviews with leading scientists in physics, chemistry, materials, and biomedical research. These interviews appeared in a variety of publications, including Chemical Intelligencer, Mathematical Intelligencer, and Chemical Heritage. In four-thousand pages of interviews, the Hargittais had conversations with over a hundred Nobel laureates, along with many other top minds and personalities in various scientific fields. Now, in a single volume, the Hargittais have gathered the best and most notable moments of these interviews, creating a survey of the past, present, and future of science, as told by some of the most influential members of many scientific disciplines. Figures like James D. Watson, Francis Crick, and Glenn T. Seaborg share their thoughts in these pages, in a collection that includes 68 Nobel Laureates. Without exaggeration, their backgrounds come from all over the globe: scientists from the United States, the United Kingdom, Canada, France, Germany, Israel, Russia, Sweden, Switzerland, and Taiwan are featured. These interviews discuss many of the most prominent debates and issues in today's scientific climate. Great Minds is a synthesis of scientific thought, as told by some of the most notable scientists of the twentieth and twenty-first centuries. 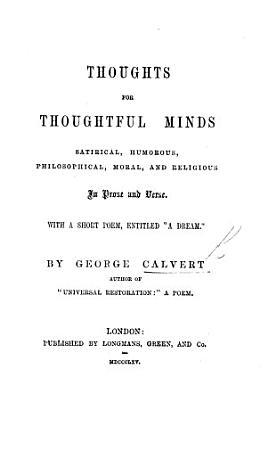 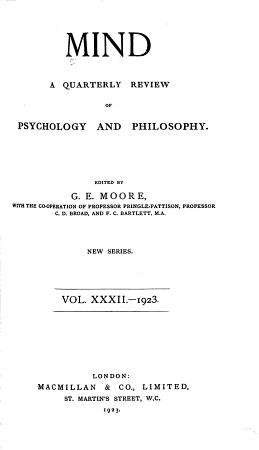