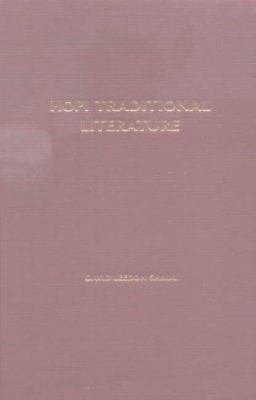 
In this unique study of Hopi discourse, an anthropologist describes the major public forms of Hopi discourse using a Hopi typology. That is, he describes from a Hopi viewpoint the structures of narratives, songs, songpoems, and direct address forms such as oration, prayer, and conversation. In addition to categories like versification, which are comparable to the building blocks of literature in English, he looks at distinctively Hopi genre signatures and evaluative concepts. Not only does he consider the structural characteristics of each genre, but he also relates the genres to contextual and cultural factors. Examples are presented in bilingual format, and musical notation of several Hopi songs is included. Although the book will be of interest to scholars in linguistics, ethnopoetics, discourse analysis, and performance theory, the author does not assume extensive knowledge of these fields or of the Hopi language on the part of his reader. He includes a pronunciation guide, a technical glossary, and a sketch of Hopi grammar. 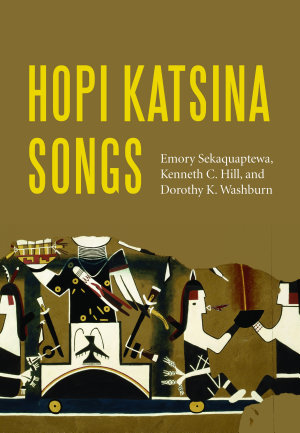 
Emory Sekaquaptewa dedicated most of his life to promoting Hopi literacy and creating written materials to strengthen the language and lifeway of his people. He understood how intimately cultural ideas are embedded in language, and by transcribing and translating early recordings of katsina songs he helped strengthen the continuity of Hopi religious thought and cultural practices. Sekaquaptewa believed that the advice contained in the katsina songs, some of which were recorded over a century ago, could be used by future generations as guideposts for navigating contemporary life. Hopi Katsina Songs contains Hopi transcriptions, English translations, and detailed commentaries of 150 katsina songs, recorded throughout the twentieth century from all three Hopi mesas, as well as twenty-five recorded by Sekaquaptewa himself. To further continue the creative process of the Hopi legacy, Sekaquaptewa included song fragments with the hope that readers would remember the songs and complete them. These features make his collection an invaluable resource for preserving and teaching Hopi language and culture. 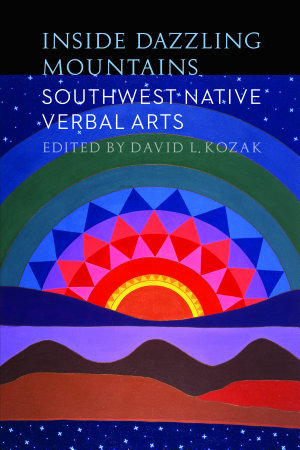 
Inside Dazzling Mountains provides fresh new translations of Native oral literatures of the Southwest, a region of vital and varied cultures and languages. The collection features songs, stories, chants, and orations from the four major language groups of the Southwest: Yuman, Nadíne (Apachean), Uto-Aztecan, and Kiowa-Tanoan. It combines translations of recordings made in the late nineteenth and early twentieth centuries with a rich array of newly recorded and produced materials, attesting to the continued vitality and creativity of contemporary Native languages in the Southwest. For southwestern linguistic and cultural traditions to be more widely recognized and appreciated, retranslations of older works have been sorely needed. Original translations were often flawed and culturally biased and made use of literary conventions that were familiar to Anglo-Americans but foreign to the Native tribes themselves. Inside Dazzling Mountains corrects these flaws and celebrates the diversity of Native languages spoken in the Southwest today. Skillfully edited and translated by David L. Kozak, who offers a wealth of editorial tools for interpreting songs, song sets, myths, stories, and chants of the Southwest, past and present, this volume contributes to the continued vitality and cultural complexity of the region. 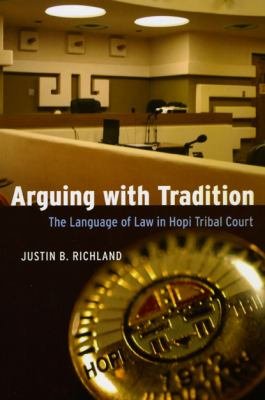 
Arguing with Tradition is the first book to explore language and interaction within a contemporary Native American legal system. Grounded in Justin Richland’s extensive field research on the Hopi Indian Nation of northeastern Arizona—on whose appellate court he now serves as Justice Pro Tempore—this innovative work explains how Hopi notions of tradition and culture shape and are shaped by the processes of Hopi jurisprudence. Like many indigenous legal institutions across North America, the Hopi Tribal Court was created in the image of Anglo-American-style law. But Richland shows that in recent years, Hopi jurists and litigants have called for their courts to develop a jurisprudence that better reflects Hopi culture and traditions. Providing unprecedented insights into the Hopi and English courtroom interactions through which this conflict plays out, Richland argues that tensions between the language of Anglo-style law and Hopi tradition both drive Hopi jurisprudence and make it unique. Ultimately, Richland’s analyses of the language of Hopi law offer a fresh approach to the cultural politics that influence indigenous legal and governmental practices worldwide. 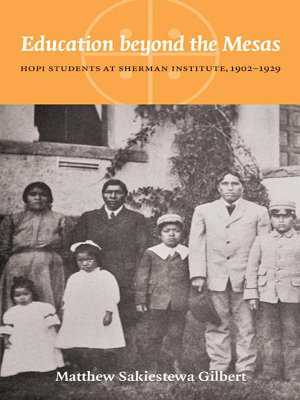 
Education beyond the Mesas is the fascinating story of how generations of Hopi schoolchildren from northeastern Arizona “turned the power” by using compulsory federal education to affirm their way of life and better their community. Sherman Institute in Riverside, California, one of the largest off-reservation boarding schools in the United States, followed other federally funded boarding schools of the late nineteenth and early twentieth centuries in promoting the assimilation of indigenous people into mainstream America. Many Hopi schoolchildren, deeply conversant in Hopi values and traditional education before being sent to Sherman Institute, resisted this program of acculturation. Immersed in learning about another world, generations of Hopi children drew on their culture to skillfully navigate a system designed to change them irrevocably. In fact, not only did the Hopi children strengthen their commitment to their families and communities while away in the “land of oranges,” they used their new skills, fluency in English, and knowledge of politics and economics to help their people when they eventually returned home. Matthew Sakiestewa Gilbert draws on interviews, archival records, and his own experiences growing up in the Hopi community to offer a powerful account of a quiet, enduring triumph. 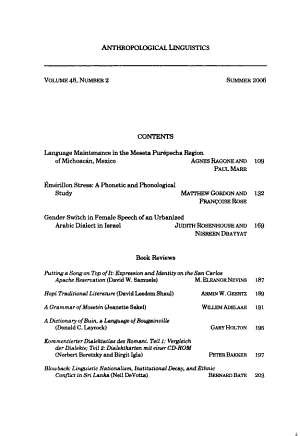 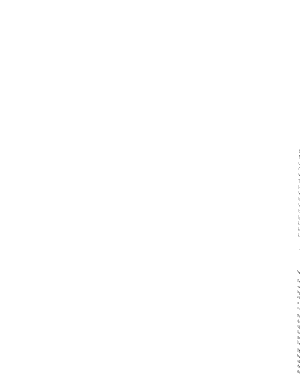 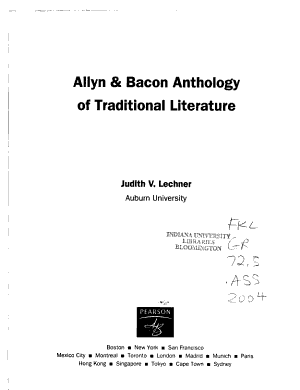 
Instead of having your students buy individual author volumes (e.g. Grimm or Andersen folktales), your students will have access in one single volume to a variety of short pieces from different collections and authors. This scrupulously researched anthology of traditional literature is a useful tool for making stories from diverse cultures, sometimes difficult to find, accessible to both students and professors by giving the cultural contexts of international fables, folktales, myths, and legends. 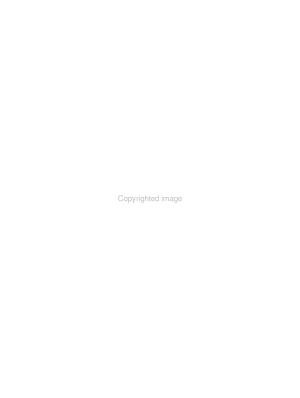 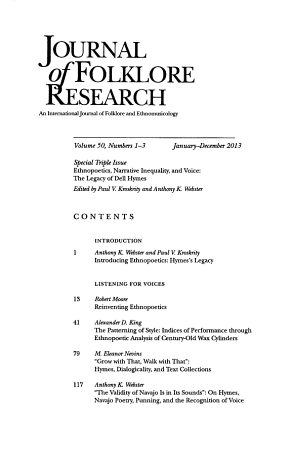 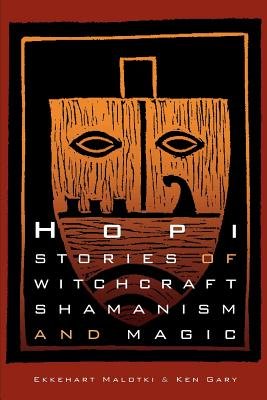 
The traditional Hopi world, as reflected in Hopi oral literature, is infused with magic?a seamless tapestry of everyday life and the supernatural. That magic and wonder are vividly depicted in this marvelous collection of authentic folktales. For the Hopis, the spoken or sung word can have a magical effect on others. Witchcraft?the wielding of magic for selfish purposes by a powaqa, or sorcerer?has long been a powerful, malevolent force. Sorcerers are said to have the ability to change into animals such as a crow, a coyote, a bat, or a skeleton fly, and hold their meetings in a two-tiered kiva to the northeast of Hopi territory. Shamanism, the more benevolent but equally powerful use of magic for healing, was once commonplace but is no longer practiced among the Hopis. Shamans, or povosyaqam, often used animal familiars and quartz crystals to help them to see, diagnose, and cure illnesses. Spun through these tales are supernatural beings, otherworldly landscapes, magical devices and medicines, and shamans and witches. One story tells about a man who follows his wife one night and discovers that she is a witch, while another relates how a jealous woman uses the guise of an owl to make a rival woman's baby sick. Other tales include the account of a boy who is killed by kachinas and then resurrected as a medicine man and the story of a huge rattlesnake, a giant bear, and a mountain lion that forever guard the entrance to Maski, the Land of the Dead.