1 Read eBook for: anthropology in the margins of the state [PDF] 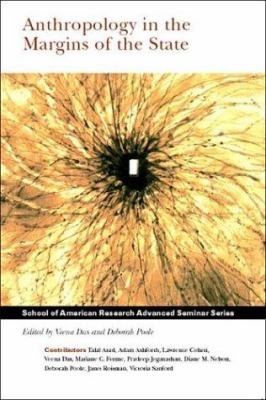 
The form and reach of the modern state are changing under the pressure of globalization. This exploration of these transformations develops a methodology and theoretical apparatus to assess perceptions of power in regions where state reform and violence have been dramatic: Africa, Latin America, and South Asia. 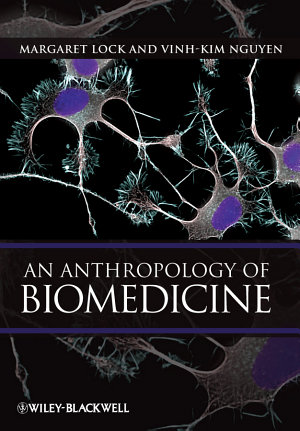 
An Anthropology of Biomedicine is an exciting new introduction to biomedicine and its global implications. Focusing on the ways in which the application of biomedical technologies bring about radical changes to societies at large, cultural anthropologist Margaret Lock and her co-author physician and medical anthropologist Vinh-Kim Nguyen develop and integrate the thesis that the human body in health and illness is the elusive product of nature and culture that refuses to be pinned down. Introduces biomedicine from an anthropological perspective, exploring the entanglement of material bodies with history, environment, culture, and politics Develops and integrates an original theory: that the human body in health and illness is not an ontological given but a moveable, malleable entity Makes extensive use of historical and contemporary ethnographic materials around the globe to illustrate the importance of this methodological approach Integrates key new research data with more classical material, covering the management of epidemics, famines, fertility and birth, by military doctors from colonial times on Uses numerous case studies to illustrate concepts such as the global commodification of human bodies and body parts, modern forms of population, and the extension of biomedical technologies into domestic and intimate domains Winner of the 2010 Prose Award for Archaeology and Anthropology 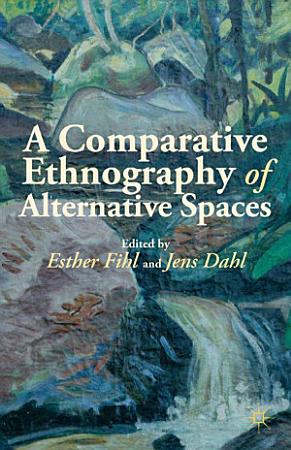 
Through ethnographical cases, this book examines the ways in which social groups position themselves between cultures, states, moralities, and local/state authorities, creating opportunities for agency. Alternative spaces designate in-between spaces rather than oppositional structures and are both inside and outside their constituent elements. 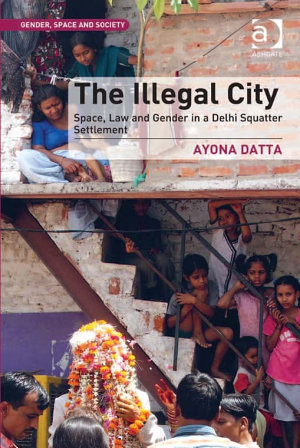 
The Illegal City explores the relationship between space, law and gendered subjectivity through a close look at an 'illegal' squatter settlement in Delhi. Since 2000, a series of judicial rulings in India have criminalised squatters as 'illegal' citizens, 'encroachers' and 'pickpockets' of urban land, and have led to a spate of slum demolitions across the country. This book argues that in this context, it has become vital to distinguish between illegality and informality since it is those 'illegal' slums which are at the receiving end of a 'force of law', where law is violently encountered within everyday spaces. This book uses a gendered intersectional lens to explore how a 'violence of law' shapes how 'public' subjectivities of gender, class, religion and caste are encountered and negotiated within the 'private' spaces of home, family and neighbourhood. This book suggests that resettlement is not a condition that squatters desire; rather something that is seen as the only way out of the 'illegal' city. The wait for resettlement is a temporal space of anxiety and uncertainty, where particular kinds of politics around law, space and gender takes shape, which transform squatters' relations with the state, urban development, civil society, and with each other. Through their everyday struggles around water, sanitation, social and political organisation and the transformation of their homes and families, this book shows that the desire for the 'legal city' is also the irony and utopia of home, which will remain an incomplete gendered project - both for the state and for squatters. 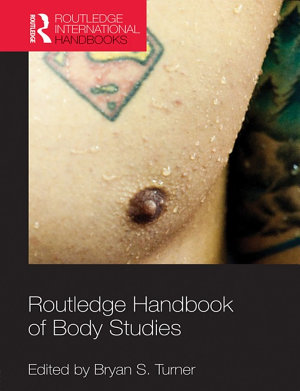 
In the last three decades, the human body has gained increasing prominence in contemporary political debates, and it has become a central topic of modern social sciences and humanities. Modern technologies – such as organ transplants, stem-cell research, nanotechnology, cosmetic surgery and cryonics – have changed how we think about the body. In this collection of thirty original essays by leading figures in the field, these issues are explored across a number of theoretical and disciplinary perspectives, including pragmatism, feminism, queer theory, post-modernism, post-humanism, cultural sociology, philosophy and anthropology. A wide range of case studies, which include cosmetics, diet, organ transplants, racial bodies, masculinity and sexuality, eating disorders, religion and the sacred body, and disability, are used to appraise these different perspectives. In addition, this Handbook explores various epistemological approaches to the basic question: what is a body? It also offers a strongly themed range of chapters on empirical topics that are organized around religion, medicine, gender, technology and consumption. It also contributes to the debate over the globalization of the body: how have military technology, modern medicine, sport and consumption led to this contemporary obsession with matters corporeal? The Handbook’s clear, direct style will appeal to a wide undergraduate audience in the social sciences, particularly for those studying medical sociology, gender studies, sports studies, disability studies, social gerontology, or the sociology of religion. It will serve to consolidate the new field of body studies. 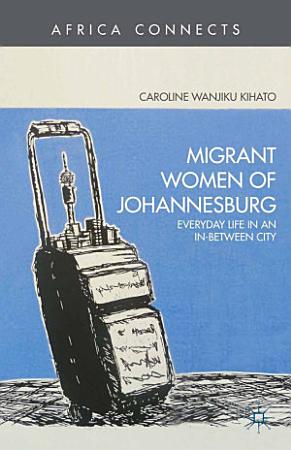 
Through rich stories of African migrant women in Johannesburg, this book explores the experience of living between geographies. Author Caroline Kihato draws on fieldwork and analysis to examine the everyday lives of those inhabiting a fluid location between multiple worlds, suspended between their original home and an imagined future elsewhere. 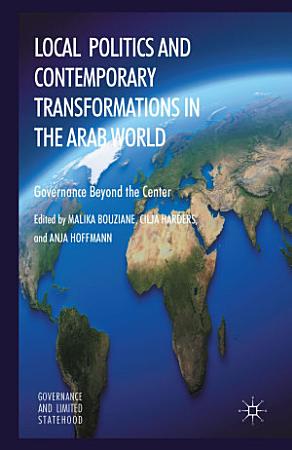 
The contributors link innovative analytical concepts and ethnographic in-depth case studies from the Arab world. Based on the debates on politics from below and dynamic concepts of state, all the chapters focus on informal institutions, non-elite actors, and the dynamic and contradictory relationship between state and society. 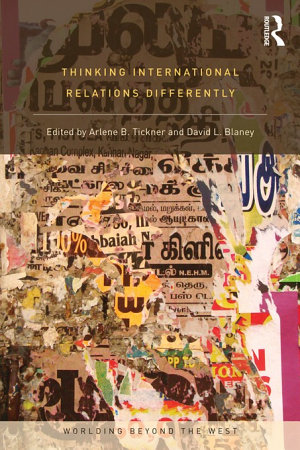 
A host of voices has risen to challenge Western core dominance of the field of International Relations (IR), and yet, intellectual production about world politics continues to be highly skewed. This book is the second volume in a trilogy of titles that tries to put the "international" back into IR by showing how knowledge is actually produced around the world. The book examines how concepts that are central to the analysis of international relations are conceived in diverse parts of the world, both within the disciplinary boundaries of IR and beyond them. Adopting a thematic structure, scholars from around the world issues that include security, the state, authority and sovereignty, globalization, secularism and religion, and the "international" - an idea that is central to discourses about world politics but which, in given geocultural locations, does not necessarily look the same. By mapping global variation in the concepts used by scholars to think about international relations, the work brings to light important differences in non-Western approaches and the potential implications of such differences for the IR discipline and the study of world politics in general. This is essential reading for anyone who is concerned about the history, development and future of International Relations. 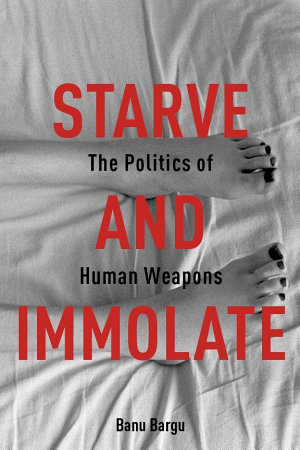 
Starve and Immolate tells the story of leftist political prisoners in Turkey who waged a deadly struggle against the introduction of high security prisons by forging their lives into weapons. Weaving together contemporary and critical political theory with political ethnography, Banu Bargu analyzes the death fast struggle as an exemplary though not exceptional instance of self-destructive practices that are a consequence of, retort to, and refusal of the increasingly biopolitical forms of sovereign power deployed around the globe. Bargu chronicles the experiences, rituals, values, beliefs, ideological self-representations, and contentions of the protestors who fought cellular confinement against the background of the history of Turkish democracy and the treatment of dissent in a country where prisons have become sites of political confrontation. A critical response to Michel Foucault's Discipline and Punish, Starve and Immolate centers on new forms of struggle that arise from the asymmetric antagonism between the state and its contestants in the contemporary prison. Bargu ultimately positions the weaponization of life as a bleak, violent, and ambivalent form of insurgent politics that seeks to wrench the power of life and death away from the modern state on corporeal grounds and in increasingly theologized forms. Drawing attention to the existential commitment, sacrificial morality, and militant martyrdom that transforms these struggles into a complex amalgam of resistance, Bargu explores the global ramifications of human weapons' practices of resistance, their possibilities and limitations. 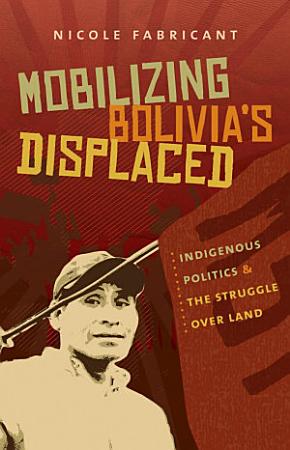 
The election of Evo Morales as Bolivia's president in 2005 made him his nation's first indigenous head of state, a watershed victory for social activists and Native peoples. El Movimiento Sin Tierra (MST), or the Landless Peasant Movement, played a significant role in bringing Morales to power. Following in the tradition of the well-known Brazilian Landless movement, Bolivia's MST activists seized unproductive land and built farming collectives as a means of resistance to large-scale export-oriented agriculture. In Mobilizing Bolivia's Displaced, Nicole Fabricant illustrates how landless peasants politicized indigeneity to shape grassroots land politics, reform the state, and secure human and cultural rights for Native peoples. Fabricant takes readers into the personal spaces of home and work, on long bus rides, and into meetings and newly built MST settlements to show how, in response to displacement, Indigenous identity is becoming ever more dynamic and adaptive. In addition to advancing this rich definition of indigeneity, she explores the ways in which Morales has found himself at odds with Indigenous activists and, in so doing, shows that Indigenous people have a far more complex relationship to Morales than is generally understood. 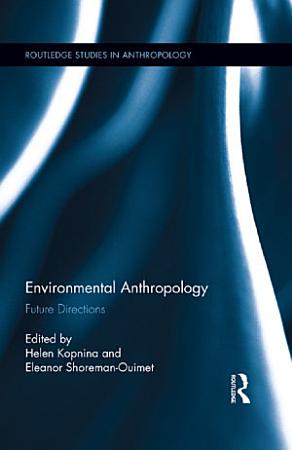 
This volume presents new theoretical approaches, methodologies, subject pools, and topics in the field of environmental anthropology. Environmental anthropologists are increasingly focusing on self-reflection - not just on themselves and their impacts on environmental research, but also on the reflexive qualities of their subjects, and the extent to which these individuals are questioning their own environmental behavior. Here, contributors confront the very notion of "natural resources" in granting non-human species their subjectivity and arguing for deeper understanding of "nature," and "wilderness" beyond the label of "ecosystem services." By engaging in interdisciplinary efforts, these anthropologists present new ways for their colleagues, subjects, peers and communities to understand the causes of, and alternatives to environmental destruction. This book demonstrates that environmental anthropology has moved beyond the construction of rural, small group theory, entering into a mode of solution-based methodologies and interdisciplinary theories for understanding human-environmental interactions. It is focused on post-rural existence, health and environmental risk assessment, on the realm of alternative actions, and emphasizes the necessary steps towards preventing environmental crisis. 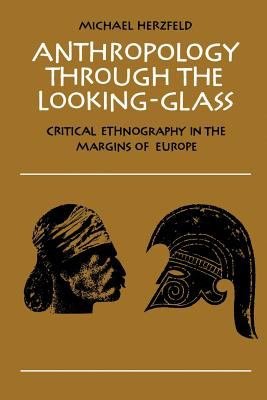 
Despite having emerged in the heyday of a dominant Europe, of which Ancient Greece is the hallowed spiritual and intellectual ancestor, anthropology has paradoxically shown relatively little interest in contemporary Greek culture. In this innovative and ambitious book, Michael Herzfeld moves Greek Ethnography from the margins to the centre of anthropological theory, revealing the theoretical insights that can be gained by so doing. He shows that the ideology that originally led to the creation of anthropology also played a large part in the growth of the modern Greek nation-state, and that Greek ethnography can therefore serve as a mirror for an ethnography of anthropology itself. He further demonstrates the role that scholarly fields, including anthropology, have played in the construction of contemporary Greek culture and Greek identity.