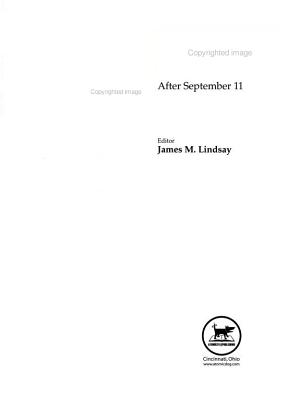 
"American Politics after September 11" focuses on the effects of September 11on American government and the political environment. 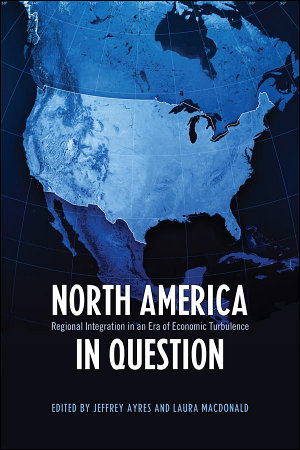 
Can North America survive as a region in light of the political turbulence provoked by the global economic crisis? Or have regional integration and collaboration reached a plateau beyond which disintegration is likely? In North America in Question, leading analysts from Canada, the United States, and Mexico provide theoretically innovative and rich empirical reflections on current challenges sweeping the continent and on the faltering political support for North American regionalism. This collection begins by reviewing the recent trajectories and events that have undermined North America's trilateral relationship, then addresses concerns that go beyond NAFTA and economic issues, including labour, immigration, energy, the environment, quality of citizenship, borders, women's and civil society struggles, and democratic deficits. Although demonstrating that many informal dimensions of North American integration continue to flourish, the contributors assess whether the future will hold greater economic instability, security crises, and emerging bilateral relationships. 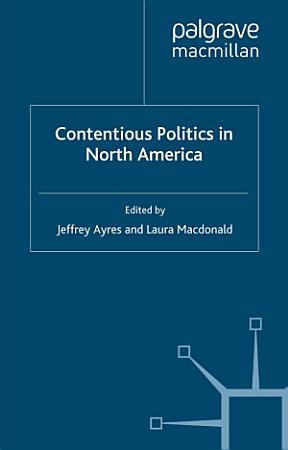 
This is the only book of its kind devoted to exploring contentious politics from a North American perspective, including protests, social movements, transnational contention, and emergent regional governance processes, between Canadian, U.S. and Mexican state and civil society actors. 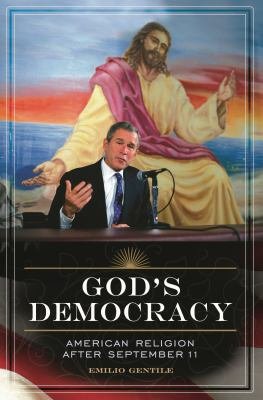 
Considers how the Bush presidency has affected religion in political life. 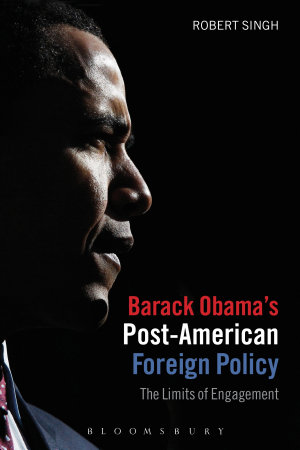 
After one of the most controversial and divisive periods in the history of American foreign policy under President George W. Bush, the Obama administration was expected to make changes for the better in US relations with the wider world. Now, international problems confronting Obama appear more intractable, and there seems to be a marked continuity in policies between Obama and his predecessor. Robert Singh argues that Obama's approach of 'strategic engagement' was appropriate for a new era of constrained internationalism, but it has yielded modest results. Obama's search for the pragmatic middle has cost him political support at home and abroad, whilst failing to make decisive gains. Singh suggests by calibrating his foreign policies to the emergence of a 'post-American'world, the president has yet to preside over a renaissance of US global leadership. Ironically,Obama's policies have instead hastened the arrival of a post-American world. 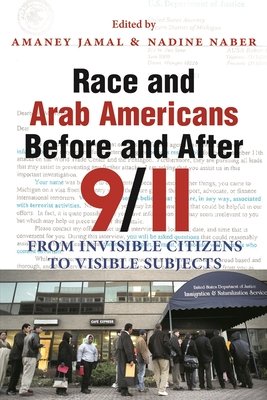 
Bringing the rich terrain of Arab American histories to bear on conceptualizations of race in the United States, this groundbreaking volume fills a critical gap in the field of U.S. racial and ethnic studies. The articles collected here highlight emergent discourses on the distinct ways that race matters to the study of Arab American histories and experiences and asks essential questions. What is the relationship between U.S. imperialism in Arab homelands and anti-Arab racism in the United States? In what ways have the axes of nation, religion, class, and gender intersected with Arab American racial formations? What is the significance of whiteness studies to Arab American studies? Transcending multiculturalist discourses that have simply added on the category “Arab-American” to the landscape of U.S. racial and ethnic studies after the attacks of September 11, 2001, this volume locates September 11 as a turning point, rather than as a beginning, in Arab Americans’ 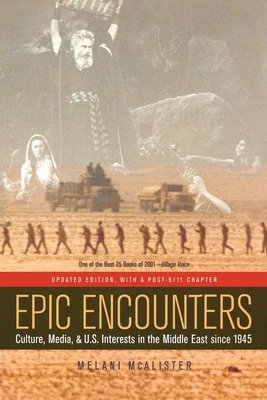 
Epic Encounters examines how popular culture has shaped the ways Americans define their "interests" in the Middle East. In this innovative book—now brought up-to-date to include 9/11 and the Iraq war—Melani McAlister argues that U.S. foreign policy, while grounded in material and military realities, is also developed in a cultural context. American understandings of the region are framed by narratives that draw on religious belief, news media accounts, and popular culture. This remarkable and pathbreaking book skillfully weaves lively and accessible readings of film, media, and music with a rigorous analysis of U.S. foreign policy, race politics, and religious history. The new chapter, titled "9/11 and After: Snapshots on the Road to Empire," considers and brilliantly analyzes five images that have become iconic: (1) New York City firemen raising the American flag out of the rubble of the World Trade Center, (2) the televised image of Osama bin-Laden, (3) Afghani women in burqas, (4) the statue of Saddam Hussein being toppled in Baghdad, and (5) the hooded and wired prisoner in Abu Ghraib. McAlister's singular achievement is to illuminate the contexts of these five images both at the time they were taken and as they relate to current events, an accomplishment all the more remarkable since—to paraphrase her new preface—we are today struggling to look backward at something that is still rushing ahead. 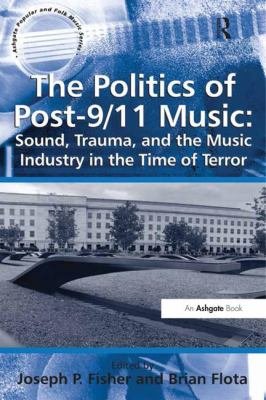 
This collection conveys the passionate response by younger scholars to the cultural aspects of a crisis that has increasingly defined the world. Through looking at music beyond the arenas of the big-ticket pop stars, these papers are able to explain many of our more real and complex reactions - reflecting our own disquiet in the face of the ghosts of our own history---Paul Attinello, Newcastle University, UK Seeking to extend discussions of 9/11 music beyond the acts typically associated with the September 11th attacks---U2, Toby Keith, The Dixie Chicks, Bruce Springsteen--- this collection interrogates the politics of a variety of post-9/11 music scenes. Contributors add an aural dimension to what has been a visual conceptualization of this important moment in US history by articulating the role that lesser-known contemporary musicians have played---or have refused to play---in constructing a politics of protest in direct response to the trauma inflicted that day. Encouraging new conceptualizations of what constitutes "political music," The Politics of Post 9/11 Music covers topics as diverse as the rise of Internet music distribution, Christian punk rock, rap music in the Obama era, and nostalgia for 1960's political activism 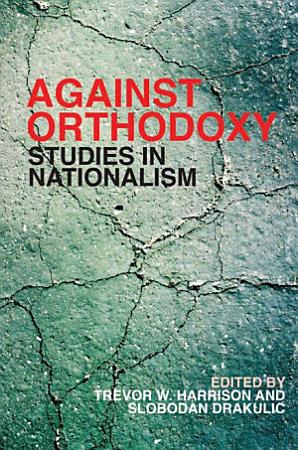 
During the Cold War, nationalism fell from favour among theorists as an explanatory factor in history, as Marxists and liberals looked to class and individualism as the driving forces of change. The resurgence of nationalism after the collapse of the Soviet Union, however, called for a reconsideration of the paradigm. Against Orthodoxy uses case studies from around the world to critically evaluate decades of new scholarship. The authors argue that theories of nationalism have ossified into a new set of orthodoxies. These overlook nationalism’s role as a generative force, one that reflects complex historical, political, and cultural arrangements that defy simplistic explanations. 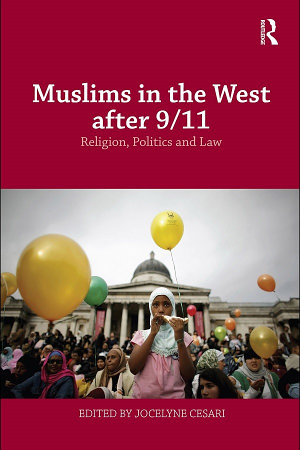 
This book is the first systematic attempt to study the situation of European and American Muslims after 9/11, and to present a comprehensive analysis of their religious, political, and legal situations. Since 9/11, and particularly since the Madrid and London bombings of 2004 and 2005, the Muslim presence in Europe and the United States has become a major political concern. Many have raised questions regarding potential links between Western Muslims, radical Islam, and terrorism. Whatever the justification of such concerns, it is insufficient to address the subject of Muslims in the West from an exclusively counter-terrorist perspective. Based on empirical studies of Muslims in the US and Western Europe, this edited volume posits the situation of Muslim minorities in a broader reflection on the status of liberalism in Western foreign policies. It also explores the changes in immigration policies, multiculturalism and secularism that have been shaped by the new international context of the ‘war on terror’. This book will be of great interest to students of Critical Security Studies, Islamic Studies, Sociology and Political Science in general. Jocelyne Cesari is an Associate at Harvard’s Center for Middle Eastern Studies and the Center for European Studies, teaching at Harvard Divinity School and the Government Department, specializing in Islam and the Middle East. 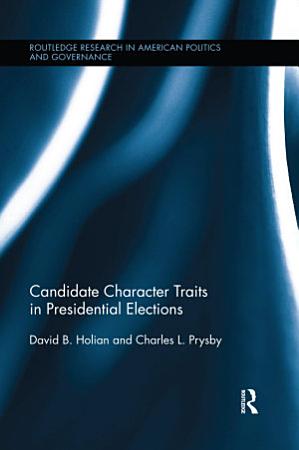 
Voter perceptions of the personal traits of presidential candidates are widely regarded to be important influences on the vote. Media pundits frequently explain the outcome of presidential elections in terms of the personal appeal of the candidates. Despite the emphasis on presidential character traits in the media, the scholarly investigation in this area is limited. In this book, David Holian and Charles Prysby set out to examine the effect that trait perceptions have on the vote, how these perceptions are shaped by other attitudes and evaluations, and what types of voters are most likely to cast a ballot on the basis of the character traits of the presidential candidates. Using the American National Election Studies (ANES) surveys, the authors find that traits do have a very substantial effect on the vote, that different candidates have advantages on different traits, and that the opinions expressed by media pundits about how the candidates are viewed by the voters are often simplistic, and sometimes quite mistaken. Character traits are important to voters, but we need a better and more complete understanding of how and why these factors influence voters. An essential read which provides a clear and original argument to all those interested in furthering their understanding of the importance of candidate character traits for the quality of American elections and democracy. 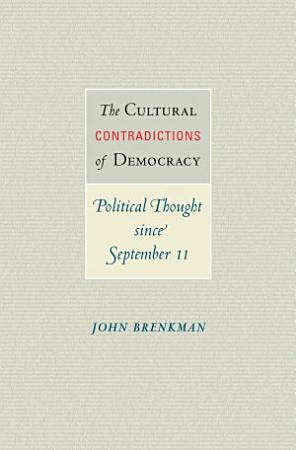 
Since 9/11, American foreign policy has been guided by grand ideas like tyranny, democracy, and freedom. And yet the course of events has played havoc with the cherished assumptions of hawks and doves alike. The geo-civil war afflicting the Muslim world from Lebanon through Iraq and Afghanistan to Pakistan confronts the West with the need to articulate anew what its political ideas and ideals actually are. In The Cultural Contradictions of Democracy, John Brenkman dissects the rhetoric that has corrupted today's political discourse and abused the idea of freedom and democracy in foreign affairs. Looking back to the original assumptions and contradictions that animate democratic thought, he attempts to resuscitate the language of liberty and give political debate a fresh basis amid the present global turmoil. The Cultural Contradictions of Democracy picks apart the intellectual design and messianic ambitions of the neoconservative American foreign policy articulated by figures such as Robert Kagan and Paul Berman; it casts the same critical eye on a wide range of liberal and leftist thinkers, including Noam Chomsky and Jürgen Habermas, and probes the severe crisis that afflicts progressive political thought. Brenkman draws on the contrary visions of Hobbes, Kant, Max Weber, Hannah Arendt, and Isaiah Berlin in order to disclose the new contours of conflict in the age of geo-civil war, and to illuminate the challenges and risks of contemporary democracy.