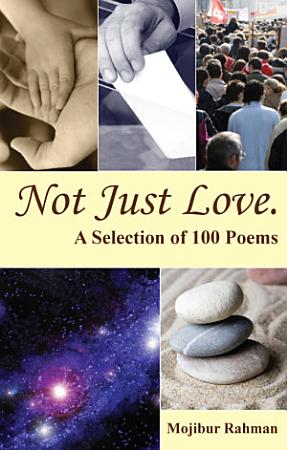 
In Not Just Love, Mojibur Rahman embeds into his verses various expressions of life such as emotional, material, social, political, scientific, spiritual and other facets, without which people would remain incomplete. Rahman's use of everyday words along with metaphors and similes sharpens the image painted in each poem. Poems of struggles and triumph, lack and abundance, weakness and strength, war and peace and even love and hate imbue the pages, giving readers a heightened sense of being there. In this collection, he interweaves poems of diverse shades of sentiments, setting this book apart from other anthologies. Born in Northern India, Mojibur Rahman completed a degree in Marketing and established his own computer company in 1990. He is married with four children. His first book, Blush of the Rainbow, was published in 2005. His interests are socialising, participating in politics, writing and being involved in activities for the good of the common people. He lives with his family members in Reading, situated about 35 miles outside London, UK. 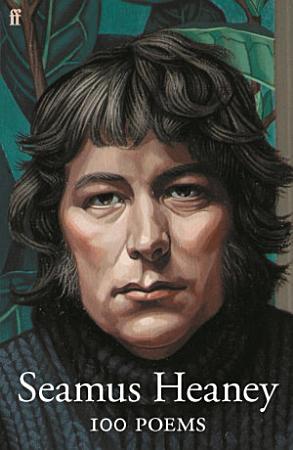 
In 2013, Seamus Heaney met with Faber poetry editor Matthew Hollis in Dublin. He said that one project he would very much like to complete would be to prepare a personal selection from across the entire arc of his poetry, small yet comprehensive enough to serve as an introduction for all comers. He never managed to make the selection in his lifetime, and after his passing, the project was initially set aside. But now, at last, it has been returned to once more, and the result is an intimate gathering of poems chosen and introduced by the Heaney family. Coinciding with the opening by the National Library of Ireland of a permanent exhibition dedicated to the life and work of Seamus Heaney, this is a singular, accessible selection for new and younger readers that has the opportunity to reach far and wide, now and ahead. 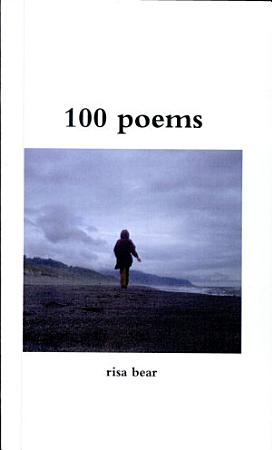 
"Hyukunin isshu (one hundred poets, one poem each) is an anthology of one hundred tanka (31-syllable poems) compiled by Fujiwara no Teika in the year 1235 C.E. ... The present collection consists of original poem/commentaries written over the course of several days to explore my feelings in response to the Japanese poems. The model for this is the series of prints by Hokusai, "One hundred poets, one poem each as explained by the old nurse," in which the artist explores the poems not so much in relation to their original setting as in relation to universal experience ... To set the poems by an Oregonian side-by-side with those to which they respond, I have provided the Japanese poems with MacCauley's translation (1917), slightly modernized"--Page [5]. 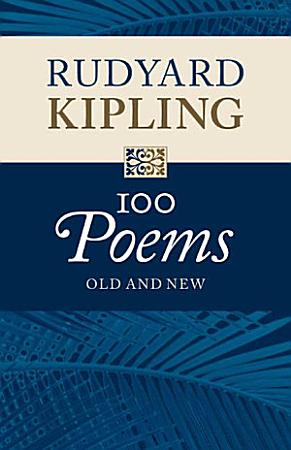 
A selection of the best poems of Rudyard Kipling (1865-1936), including many uncollected and previously unpublished poems. 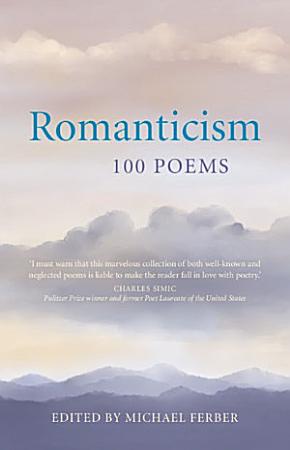 
100 Romantic-era poems, both major and lesser-known, in English and translated from six languages, with an engaging introduction and notes. 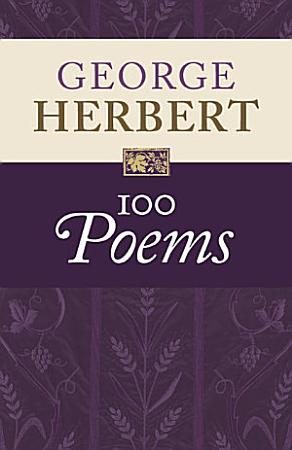 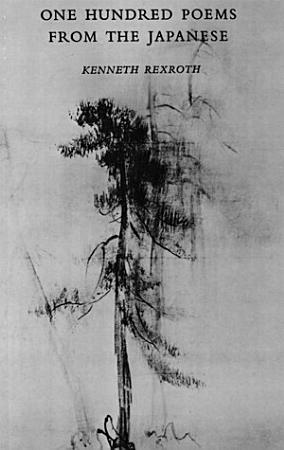 
It is remarkable that any Westerner—even so fine a poet as Kenneth Rexroth—could have captured in translation so much of the subtle essence of classic Japanese poetry: the depth of controlled passion, the austere elegance of style, the compressed richness of imagery. The poems are drawn chiefly from the traditional Manyoshu, Kokinshu and Hyakunin Isshu collections, but there are also examplaes of haiku and other later forms. The sound of the Japanese texts i reproduced in Romaji script and the names of the poets in the calligraphy of Ukai Uchiyama. The translator's introduction gives us basic background on the history and nature of Japanese poetry, which is supplemented by notes on the individual poets and an extensive bibliography. 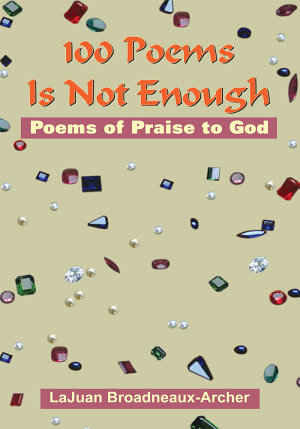 
It was 1982, I had just discovered Reggae music (after Bob Marley’s passing), and I heard a song that changed my life for the better. The song was “Chant a Psalm a Day” by a Reggae band , Steel Pulse. Listening carefully to the lyrics of that song revived my love for writing poetry, which I had all but abandoned since 9th grade English class. So the poem “100 Poems Is Not Enough” was written and I decided this should be the title of this book of poems because this speaks so much to how I feel. Hopefully this collection of mostly short, direct to the point, plain and simple Praise Poems will comfort you and inspire you to Praise God with any and all the talents that God has given you. 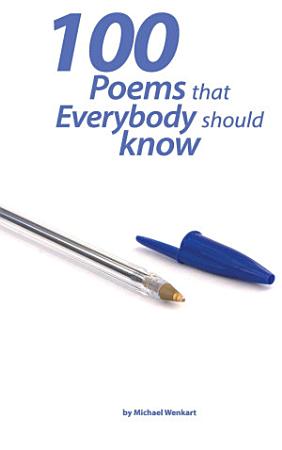 
You might think poetry is not for you – but I believe there is a poem for everyoneand this book seeks to present a wide variety of styles, themes, cultures and forms to ensure that as many perspectives as possible are catered for. The early epic poems such as Gilgamesh and The Odyssey are represented in fragments and some of the later great long poems such as The Divine Comedy and Paradise Lost are also included in extract. But if you have simpler tastes there are modern poems from the 20th century plus a set of three line Japanese haikus for those who like their poetry pithy and to the point. And the point is there is something for all to enjoy here. Why not dip in and try it. You might found an enduring passion you have never indulged and open up a whole new vista for your future reading. 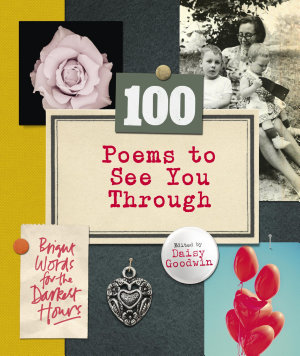 
When times are tough - whether because of illness, bereavement or receiving bad news - it can be hard to find the right words. Help comes in the form of this beautifully packaged gift book, comprising 100 life-affirming poems handpicked by an expert on poetry. Grouping the poems by theme - from 'Hearing Bad News' to 'How To Carry On' - this gem of a book features contributions from classical poets such as John Keats, Emily Brontë, W.H. Auden and Christina Rossetti alongside lines from more contemporary poets such as Philip Larkin, Elizabeth Jennings, Raymond Carver, Carol Ann Duffy and Wendy Cope. It adds up to a wonderful pick-me-up - a self-administered drug guaranteed to make a dark day brighter and act as a great lyrical crutch. 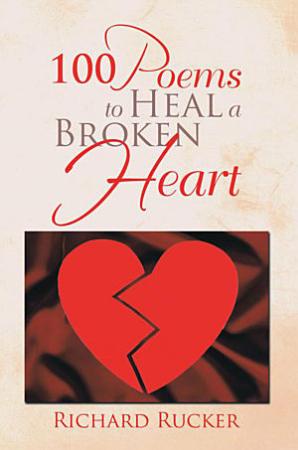 
The poems that became this book were written to ease the mind of my wife, Cindy. She had just been operated on for pancreatic cancer. A close friend of ours had just died from the same disease, and it was not pretty. At this time we had been married for thirty-six years. Cindy still had a lot of residual pain from the surgery, and was very afraid to die. I wrote her a love poem, and that made her feel better. Soon, I was writing more. I wrote poems that were loving, silly, or funny, anything to make her happier. Almost exactly a year later, I was in a motorcycle accident. It left me with a broken back, and eight ribs broken. I was in a cast which left me lying on my back for over four months. I became pretty good at writing on a notebook computer, with it resting on my cast, and up against my legs. Now we both had pain, and the poems brought us even closer. Other than the time that my family doctor told me that I had cancer (which turned out to not be true), things went along fine for about eight months. Cindys doctor had his assistant call her to say that her most recent test results were back from the lab. Without any preamble or emotion, she told Cindy that her cancer was back, and there was nothing that could be done! Cindy looked as if she had been shot. Now I really had to write some words that would help her on her last journey. I wrote to tell her how much I loved her, and how much she would be missed. The disease was consuming her body by this time, and she was becoming very weak. She continued on this downhill slide for approximately three months, until she finally required in-home hospice care. Her condition deteriorated considerably, but she still loved it when I read her my latest poetry. She started sleeping more and more, as she was having her pain managed with morphine. Our thirty-eighth wedding anniversary was August 20, and she managed to hang on until then. The next day, she slipped into a coma, and died four days later. I was beyond devastated. Cindy had asked me to get married again, even enlisting the help of her many girlfriends to find me a suitable mate. Before her death, that was a funny story. Immediately afterward, it was unthinkable! My whole world fell apart with her death. Cindy used to be the brightest spot in my life, my beacon, without her I was lost. I asked around, trying to find a grief counseling group, and found a grief sharing group run by a church. It totally worked! The people there all shared their grief with me, and I returned home feeling ten times worse. Many of these folks had lost a loved one from five to ten years before, but still cried at the mention of the departed person. I didnt wish to be like them, so I decided to take action. I started in again on writing poetry, this time for me. It had worked with our pain, perhaps it would help with my suffering. The first ones were rather dark, about loss and being alone. Gradually, they took a turn. They began to be about how happy I had been. Soon my poems were about being happy again. Quite a few of them were even whimsical; they had dragged me back from the brink of despair. Instead of just being happy, I wanted to be in love again. Cindy was right; I would not do well alone. There were several ways for people to meet, but most of them wouldnt work for me. I had seen ad for an online dating site, and decided to give it a try. There was a questionnaire which contained dozens of questions that were specially formulated to find matches for people, based on similar views of important subjects. I filled it out, and hoped for the best. I received several matches, and I started dating at a furious pace. It was crazy, I was going on eleven dates a week (one each weekday evening, three each, Saturday, and Sunday). It was tiring. Although I was going on so many dates, I was getting more matches than I could handle. I didnt know what to do! I became more selective in my judging of the respondents answers, and of their p 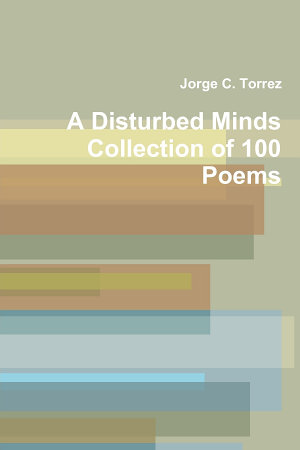 
The poems depict mental verses by an individual who has been through the ravages of Depression in which uses old themes and combining them in a new contemporary style unique to his persona. As is with the rest of his poetry books, Jorge dedicates all his works to all those who want to enjoy them, but specifically are intended for those individuals afflicted with a disability.